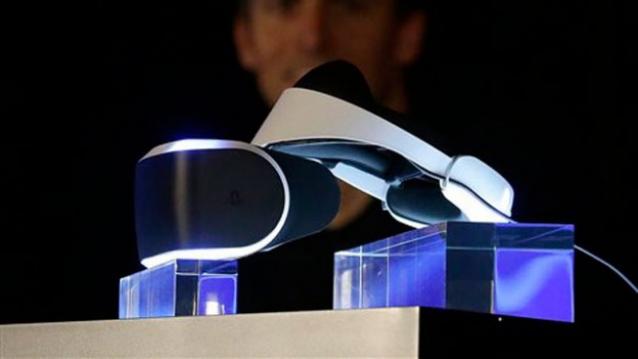 Sony has announced the specifications for its PlayStation VR, which was originally going by the name, Project Morpheus. The device is expected to be available starting 2016 and is rumoured to be priced around £350 (approximately Rs 35,000).


In terms of specifications, the PlayStation VR will sport a 5.7-inch OLED display with 1920 x 1080 resolution. It will also include an approximate 100-degree field of view, an accelerometer and gyroscope along with nine LEDs for head tracking. The device also comes with a 3D audio with mic and stereo input jacks along with HDMI and USB ports.

The Japanese electronics and gaming giant had earlier unveiled a prototype of the virtual reality headset to be used in conjunction with its PlayStation 4 video game console during a talk at the Game Developers Conference. The adjustable device, which was codenamed Project Morpheus, features a head-mounted display with 1080p resolution and a 90-degree field of view. Sensors built into the headset can track a wearer’s head movement in concert with a PS4 camera.

“The name ‘PlayStation VR’ not only directly expresses an entirely new experience from PlayStation that allows players to feel as if they are physically inside the virtual world of a game, but it also reflects our hopes that we want our users to feel a sense of familiarity as they enjoy this amazing experience,” said Masayasu Ito, EVP, Division president of PS Product Business and VP, Software Design Division.

PlayStation VR will compete with virtual reality headsets such as Facebook’s Oculus Rift, and the Vive developed by HTC and Valve. A report by PC Mag points out that Sony’s decision to rename Project Morpheus to PlayStation VR makes sense as the device will rely on the PlayStation 4 in order to get its content. In addition, it is also a gaming-focused product and using the PlayStation branding adds a bit more legitimacy to the device.