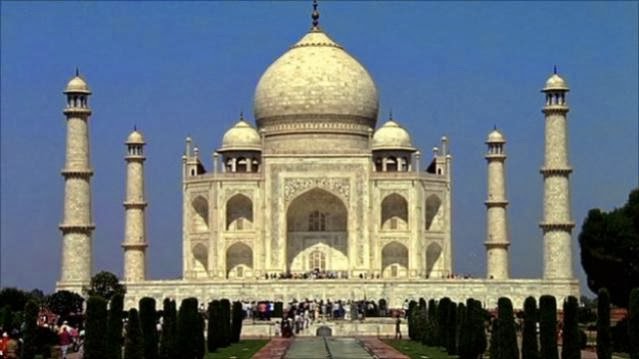 First-time visitors to Indian normally have a day chalked off to see the Taj Mahal and take in the sights around Delhi. But from today, these very people can get a virtual tour of major landmarks in and around the capital, and in other parts of the country, thanks to Google Street View. Google, in association with the Archaeological Survey of India (ASI), is releasing the first 360-degree online imagery of 30 iconic Indian heritage sites, including the Taj Mahal, Humayun’s Tomb, Red Fort and Agra Fort, on Google Maps and the Google Cultural Institute.

The panoramic imagery of these 30 sites as part of their joint initiative to help make 100 of India’s premier heritage sites more accessible for everyone and not just for those who are able to make the round trip. “Google is deeply committed to helping preserve and showcase cultural heritage across the world. India is unique in terms of the sheer wealth of heritage and iconic historical monuments, and it has been our privilege to work with the ASI in collecting new 360-degree photos of 30 Indian heritage sites. We hope the imagery will help make India’s heritage and culture more accessible to people at home and abroad,” said Rajan Anandan, Vice President and Managing Director, Google India.

“Today, this partnership with Google makes it possible for billions of people across the world to see and explore our magnificent heritage, to take a walk at the Rock Cut Jain Temple, to marvel at the Nagarjuna Konda Buddhist Stupas and to relive history in Fatehpur Sikri. With the release of these new panoramic images, we aim to create a dynamic, immersive online experience by which people within India and around the world can understand and engage more of India’s diverse cultural heritage,” said Union Minister of Culture Chandresh Kumari Katoch.

“The images coming online today through Google Maps and the Google Cultural Institute provide a new way for people around the world to view, interact with, and learn about some of the most important heritage monuments in India. We hope this new way of exploring national treasures such as the Taj Mahal, Agra Fort and Qutb Minar will help share more of India’s diverse culture with new audiences, and help preserve this part of India’s identity for generations to come,” said Pravin Srivastava, Director General of the ASI.

Google says it will announce the launch of more Street View imagery for other Indian heritage sites soon.