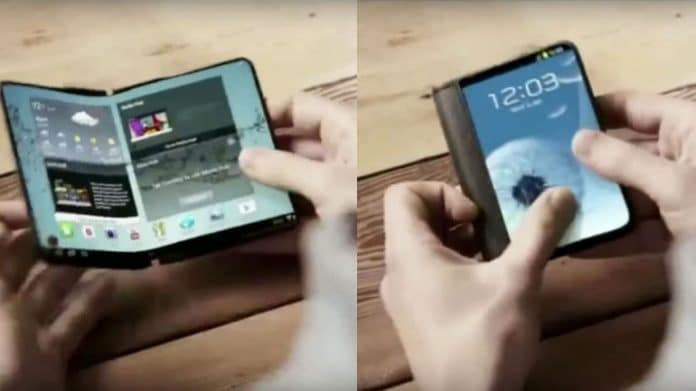 Samsung’s Foldable Smartphone has been in the discussion for a long time. The phones coming from the name of Galaxy X have been receiving rumours for a long time. According to media reports, Samsung is attempting to bring this phone in early 2019. The company can present this phone to the next year’s Mobile World Congress.

According to the report, the display components of the phone will be ready in November and the mobile world congress will be introduced in February. It is being said that the production of the phone will be limited. At the device’s bar, it is said that it will be made of three 3.5-inch display so that it can be folded like a book, opened as a tablet and a screen device will remain open even when it is closed.

Apple also included this list: Apple was in a recent discussion regarding its next forthable iPhone. If news is to be believed then it is expected to be launched by 2021. The company has given patent applications in respect to the Foldable iPhone in the US Patent and Trade Office. Tell you that this will be the company’s phone which can be opened and closed like a book.

Learn about patents: According to the design given in the patent application for the company, the new phone will be made up of two iPhones. This phone will have single sheet of foldable display. Please tell you that this patent has been applied for all features such as display, LCD, microLED etc.

LG and OPPO also work on foldable phones: According to reports earlier, the company could launch a phone with the LG to launch the foldable smartphone. Let us tell you that Apple has invested in the soon-to-be-released production unit of LG Display which will be ready by the year 2020. However, no official information has been given on behalf of the company at this time. Apart from these, the Chinese company Oppo is also in the process of launching a phone that will be equipped with a rotating selfie camera.