Samsung is still on top in India, Micromax and Intex follow: Counterpoint survey 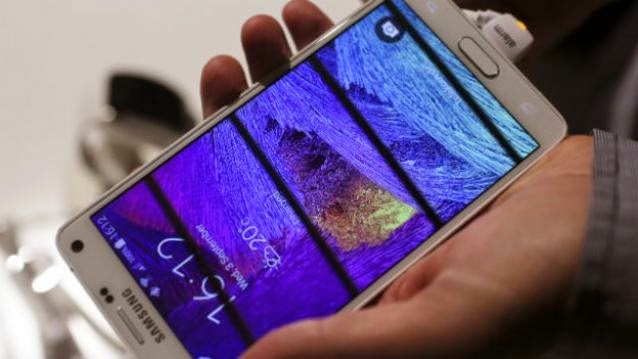 A new report from Counterpoint Research has said that Samsung is still the number one Indian smartphone manufacturer, followed by Micromax and Intex. The numbers stand  in complete contrast to an earlier Canalys report, which stated that Micromax had over taken Samsung to be India’s leading smartphone manufacturer. Samsung has already dissed the Canalys report, saying it is still the leading smartphone brand in India with a 34 percent market share.

The Canalys report said that Micromax accounted for 22 percent of smartphone sales in India in the October-December quarter, ahead of Samsung’s 20 percent. It also said that Karbonn and Lava were in the third and fourth spot respectively.

The Counterpoint Research numbers are completely different from Canalys’ report. According to them, Samsung leads India’s smartphone market with a 27.4 percent market share, Micromax is nearly 7.9 percentage points behind at 19.4. Intex is number three according to the survey with a 6.5 percent share, followed by Lava with 5.1 percent and Lenovo at number 5, thanks to the Motorola acquisition. The data for is Q4, 2014 from October to December.

The survey said that smartphone shipments stood close to 22 Million during Q4 2014 in India, which is a close to Canalys’ number of 21.6 million shipments.

According to the survey, Samsung led the overall mobile phone and smartphone market during the quarter with a market share of 16.1 percent and 27.4 percent respectively. Intex entered the top 5 smartphone vendor rankings for the first time in a quarter, notes the report.

Also Motorola cross 3 million shipments in 2014, while Xiaomi smartphone shipments grew almost 250 percent quarter-on-quarter, says Counterpoint. Interestingly the report also comments on Apple’ iPhone shipment, a number rarely mentioned in any mobile report in India. According to the numbers, Apple saw shipments in India touch half a million units for the first time in a quarter with strong demand for iPhone 6 and 6 Plus.

The latest numbers from Counterpoint prove that there’s something very wrong when it comes to research on mobile phones in India. Research firm IDC, which is also a well-sought source for numbers on mobile tracking hasn’t yet released Q4, 2014 data for India’s smartphone market, so for now a major report is still missing.  For now the contradictions in the Canalys and Counterpoint research report are too big to be ignored and need to be taken with a pinch of salt.