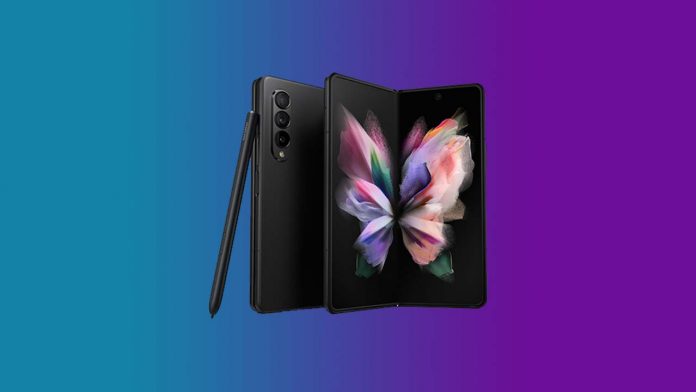 Samsung officially debuted its next-generation folding gadget, the Galaxy Z Fold 3, during its Galaxy Unpacked presentation today, after a slew of leaks, rumors, and renderings. The foldable improves on its predecessor in several ways. It’s also Samsung’s first smartphone to include an under-display camera (UDC).

So, before we get into the price and availability, let’s take a look at the Samsung Galaxy Z Fold 3’s major specifications and features.

Key Specifications and Features of the Samsung Galaxy Z Fold 3

The Samsung Galaxy Z Fold 3 is the company’s third tablet-style folding device. It includes an under-display camera and an IP certification for water resistance, making it a first in the foldable phone sector.

The phone comes with a 6.2-inch AMOLED cover (outside) display with a resolution of 2,268 x 832p and a refresh rate of 120Hz. It also supports HDR10+ and is protected by Gorilla Glass Victus on top.

When you open the device, you’ll see a larger 7.6-inch AMOLED display with a resolution of 2,208 x 1,768p and a refresh rate of 120Hz. For an immersive viewing experience, it also has HDR10+ support, Gorilla Glass Victus protection, and 16 million color support.

As you might expect, there will be no notch, no punch-hole cutouts, and no bezel on the inside to house the front camera. Instead, it will be housed beneath the 7.6-inch display that the company’s display wing has particularly designed. It has larger gaps between pixels at the front camera section to allow more light to flow through to the sensor.

When looking at the smartphone from afar, the camera is undetectable, but a closer look reveals a tiny outline of the 4MP under-display selfie camera.

The Galaxy Z Fold 3 is powered by Qualcomm’s flagship Snapdragon 888 SoC, which includes the Adreno 660 GPU. Up to 12GB of RAM and 256GB of UFS 3.1 storage are available with the CPU.

In terms of the battery, Samsung has included a 4,400mAh battery that supports 25W fast charging. It also has Qi wireless charging and reverses wireless charging capabilities for charging compatible accessories like Galaxy Buds, Galaxy Watch, and more.

Another feature of the Galaxy Z Fold 3 is its water resistance, which is rated as IPX8. As a result, it can endure up to 30 minutes of 1 meter of water pressure. This is a remarkable achievement for the foldable product category, which has complex hinges, perforations, and other inlets that allow water to readily access the internals. As a result, an IPX8 certification may be a very helpful and appealing feature to potential purchasers.

Due to the lack of a Galaxy Note smartphone this year, the Samsung Galaxy Z Fold 3 also supports the S Pen. The company even released a unique S Pen Fold Edition and S Pen Pro series for the Fold 3. Both include a detachable pro tip that restricts the force to minimize harm to the Z Fold 3’s primary display. The former is exclusively compatible with the Z Fold 3, but the S Pen Pro is compatible with all S Pen-enabled smartphones.

A pair of stereo speakers, dual 5G SIM compatibility (including eSIM support), Bluetooth 5.2, Wi-Fi 6, and accurate GPS functionality are also included. It comes in three colour options: Phantom Black, Phantom Green, and Phantom Silver, and runs One UI 3.1 out of the box, which is based on Android 11.

Price and Availability of the Samsung Galaxy Z Fold 3

From August 27, the device will be available for purchase in a limited number of regions, including Korea, the United States, and Europe. Customers who pre-order the smartphone will receive a year of Samsung Care+ service for their Galaxy handset free of charge.