Samsung had iPhone 6-like product a year ago, says Google’s Eric Schmidt 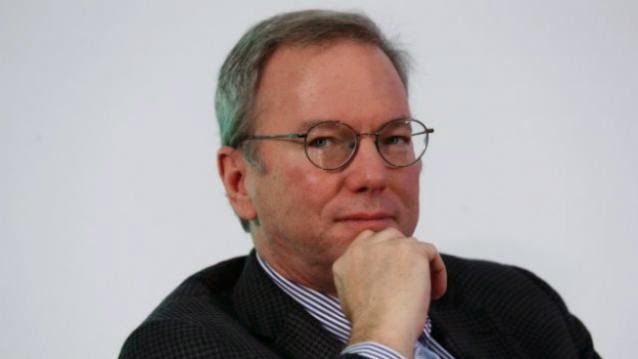 When two technology top dogs strive to bring out the best services possible, it’s win-win for both consumers and manufacturers. In the past few years, we’ve seen Apple and Google adopt each others’ strengths. While Google is working towards more security and less fragmentation, Apple is trying to be more open. The results become more and more evident with every iteration of both companies’ products and mobile operating systems. Google’s Eric Schmidt emphasized on this key outcome from the competition, while distinguishing itself from its arch-rival in a recent interview with Bloomberg’s Erik Schatzker and Stephanie Ruhle.

Talking about the highly-competitive mobile space and its arch-rival Apple, he believes that the “brutal” competition that users are witnessing right now is absolutely great for smartphone owners. “If you look at the innovation on the Apple side and on the Google side, that competition which I think is the defining fight of the computer industry, it benefits global at the billions of people level,” Schmidt explains.
Ruhle even went ahead and asked how Schmidt felt about the long queues that formed at Apple stores when the iPhone 6 and iPhone 6 Plus launched. “I’ll tell you what I think. Samsung had these products a year ago,” he replied. This obviously raked up questions like how Galaxy smartphones haven’t been doing well.

The anchors spoke about how Google phones have failed to match Apple’s revenue though the company has a comparatively smaller market share. It should be noted that Apple sold 10 million units in three days. While Schmidt refused to provide a concrete response, he said, “Google is not first and foremost about revenue, but about innovation and impact.”
“The fact of the matter is you can make a small market share with a lot of profits, or you can make the same amount of money with a much larger market share with lesser profits.” Schmidt added. “We go for volume in our strategies.”

Elaborating further, he said, “In China, there are phones that are $100 retail phones unsubsidised. In India there are $70 retail unsubsidized phones. Think of the impact on humanity, because those phones are – they’re entertainment. They’re education. They’re safety. They’re a window on the world.”

In another interview aired on CNBC, Schmidt was asked about Cook’s open letter to users about privacy, where Cook said – “We don’t build a profile based on your email content or web browsing habits to sell to advertisers. We don’t ‘monetize’ the information you store on your iPhone or iCloud. And we don’t read your email or your messages to get information to market to you.”

Schmidt replied, “’Is he really familiar with how Google works? We do targeted ads against Gmail, which we’ve done for a decade, but we don’t otherwise use that information. What we are doing is we’re using information with your permission to make your life better. And you can turn all of that off in one click.”