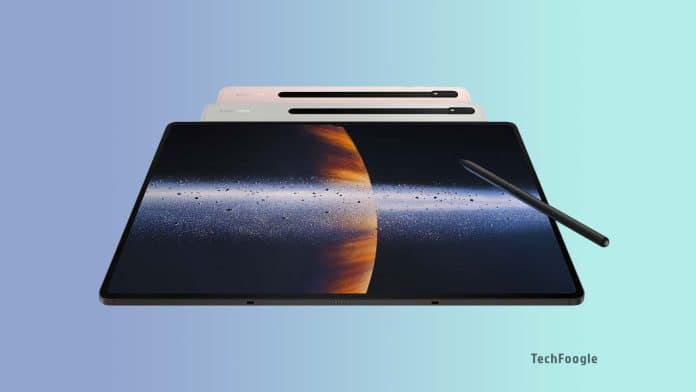 Samsung today announced the much-anticipated Galaxy Tab S8 series with the Galaxy S22 series at its Galaxy Unpacked event, putting a stop to a slew of rumours and reports. The Galaxy Tab S8, Galaxy Tab S8+, and Galaxy Tab S8 Ultra are the three devices in the latest tablet line. The smartphones include flagship-level specifications, sophisticated screens, and other features. Take a closer look at the specifics.

The Samsung Galaxy Tab S8 Series has been launched

Samsung introduced the Galaxy Tab S8 Ultra this year, in addition to the conventional Galaxy Tab S8 and Galaxy Tab S8+. While all of the new Galaxy tablet models have comparable specifications, there are a few notable changes in the display and battery categories. The Tab S8 series, like the Galaxy S22 phones, is largely built of recycled fishing nets in a bid to create a more sustainable world.

The Tab S8 Ultra has a 14.6-inch WQXGA Super AMOLED display with a 120Hz refresh rate, starting with the highest-end model. It boasts a 16:10 aspect ratio, a screen resolution of 2960 x 1848p, and a notch that contains not one, but two 12MP front cameras, according to earlier speculations. The tablet sports a dual-camera arrangement on the back, with a 13MP primary lens and a 6MP ultra-wide lens.

The Galaxy Tab S8 Ultra is powered by the newest Snapdragon 8 Gen 1 SoC, with up to 16GB of RAM and 512GB of internal storage. A microSD card may be used to enhance storage by up to 1TB. There’s also a large 11,200mAh battery onboard, as well as 45W rapid charging capabilities. It comes pre-installed with the Android 12-based One UI 4.0.

Aside from these features, the smartphone has quad stereo speakers with Dolby Atmos compatibility, three microphones, support for Samsung DeX, and optional 5G. It supports the S-Pen and features like Air Gestures, Handwriting recognition, and much more, just as the previous Tab S devices. The tablet comes with an S-Pen and a USB-C to USB-C adapter, but no charger is included in the box. In terms of colour, the Galaxy Tab S8 Ultra is only available in Graphite.

Specifications and Features of the Samsung Galaxy Tab S8+

The Galaxy Tab S8+ is a 12.4-inch WQXGA Super AMOLED display with a screen resolution of 2800 x 1752 pixels that sits between the ordinary Tab S8 and the Tab S8 Ultra. It features a 16:10 aspect ratio and a refresh rate of 120Hz. The normal Tab S8 and this one won’t have a notch. A single 12MP front camera is available for video calls and selfies. The Tab S8 Ultra has the same back camera arrangement as the Tab S8 Ultra.

It has the same Snapdragon 8 Gen 1 SoC as its elder sister under the hood. The processor supports up to 256GB of storage and 12GB of RAM. The Tab S8+, like the Tab S8 Ultra, has a built-in microSD card for additional storage. A USB-C connector, compatibility for the newest Wi-Fi 6E and Bluetooth 5.2 technologies, optional 5G capability, and a fingerprint sensor are also included.

Aside from that, it has a smaller 10,090mAh battery with 45W fast charging capabilities. The Galaxy Tab S8+ comes with all of the S-Pen capabilities and runs Android 12-based One UI 4.0 out of the box. The tablet is available in three different colours: black, silver, and pink.

Specifications and Features of the Samsung Galaxy Tab S8

The Galaxy Tab S8 is the series’ entry-level device, having specs that are identical to those of the Galaxy Tab S8+. However, as the base model, the tablet comes with a modest 11-inch LTPS TFT display that, like its elder brothers, offers a 120Hz refresh rate. It features a pixel density of 276ppi with a screen resolution of 2560 x 1600 pixels.

The camera and CPU are the same as in the previous variants. It also contains a microSD slot for additional storage, as well as compatibility for the S-Pen, Wi-Fi 6E, and Bluetooth 5.2 technologies. Up to 12GB of RAM and 256GB of storage are available on the Tab S8. Unlike the Galaxy Tab S8 Ultra and Tab S8+, which have in-display fingerprint sensors, the power button has a fingerprint sensor for biometric authentication.

In comparison to its elder siblings, the tablet has the smallest battery. Although it has an 8,000mAh battery, it still supports 45W rapid charging. The smartphone comes with the same black, pink, and silver colour options as the Tab S8+ and runs Android 12-based One UI 4.0 out of the box.

All Galaxy Tab S8 models enable up to 8K video playback and recording, as well as Samsung Knox, which includes Samsung Knox Vault.

These tablets, like the Galaxy S22 series, are currently available for pre-order and will be available for purchase on February 25 in the United States, South Korea, and Europe. The availability in India will be confirmed soon. Customers who pre-order the Galaxy Tab S8 Ultra will receive a free Book Cover Keyboard attachment, while those who pre-order the Tab S8+ and Tab S8 models will receive a free Book Cover Keyboard Slim accessory.