The Samsung Galaxy S9 might not make an appearance at CES 2018 after all, Samsung has hinted

SAMSUNG might not preview its next-generation Galaxy S9 smartphone at the Consumer Electronics Show (CES) in Las Vegas next month after all, a spokesperson for Samsung has hinted.

Samsung Galaxy S9 and Galaxy S9+ might not be unveiled during the Consumer Electronics Show (CES) after all.The world renown consumer technology tradeshow, scheduled to take place January 9th to 12th 2018, was tipped to be the venue for the announcement.According to sources speaking to VentureBeat, the Galaxy S9 and Galaxy S9+ would be previewed at the event, before going on-sale later in the year.However, a new statement from a Samsung spokesperson appears to have dashed those rumours.According to The Korea Herald, a representative for the company said “it is unlikely” the Galaxy S9 will be at CES 2018.

It’s a strange choice of words, since the statement implies Samsung hasn’t entirely made up its mind when to unveil the Galaxy S9 yet.

SAMSUNG is widely-tipped to launch its new Galaxy S9 and Galaxy S9+ handsets at the CES expo in January 2018. Ahead of the launch, here’s EVERY concept, leaked render or photograph of the hotly-anticipated new Galaxy S smartphone.

Earlier rumours suggested Samsung would target Mobile World Congress (MWC) to launch the Galaxy S9.Samsung pushed-back the launch of the Galaxy S8 and S8 Plus last year, missing its habitual MWC launch date, because of delays caused by the battery problems that struck the Galaxy Note 7.However, for three years prior to the Galaxy S8, Samsung used the hugely-popular MWC tradeshow to announce the latest iteration of its flagship Galaxy S series.Mobile World Congress will run from February 26th to March 1st 2018.

Out of the box, the new flagship smartphones are expected to be near-identical.

The Galaxy S9 and Galaxy S9+ will reportedly sport the same 5.8-inch and 6.2-inch dual-curved, edge-to-edge Super AMOLED “Infinity Display”.Both models will keep the 3.5mm headphone port – something previously rumoured to have been ditched in favour of USB-C headphones – and exclusively include the upcoming Qualcomm Snapdragon 845 chipset.According to VentureBeat, the Galaxy S9 and Galaxy S9+ will also include AKG stereo speakers this time around.The Galaxy S9+ is also tipped to include the same dual-camera set-up that debuted with the Galaxy Note 8 earlier this year.The Note 8 included two 12-megapixel cameras, both fitted with Optical Image Stabilisation (OIS).

There is a wide-angle and telephoto lens, which enables the phone to zoom to 2x without losing quality. It also enables a DSLR-style depth of field effect in portrait photos.

Unlike the Galaxy S9, which is tipped to ship with 4GB of RAM, the Galaxy S9+ will boast a slightly beefier 6GB of RAM.According to reports, the cameras will be aligned vertically on the back of both the Galaxy S9 and Galaxy S9+ so the fingerprint scanner is positioned beneath the lens.

This solves one of our biggest gripes with the Galaxy S8 and Galaxy S8+ which placed the fingerprint scanner ludicrously close to the lens.

Samsung itself included a warning with the default camera app to remind users to keep the lens clean, since smudges can negatively impact picture quality.

Finally, VentureBeat asserts that Samsung will introduce a backward-compatible DeX docking station that keeps the phone, enabling owners to use the display as a touchpad or a virtual keyboard for the desktop apps. 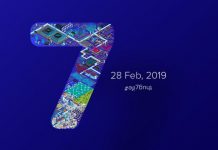 Xiaomi Redmi Note 7 will be launched in India in 28th... 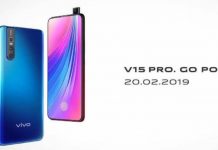 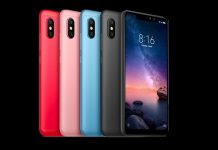 Xiaomi Redmi Note 6 Pro will be launched in India on... 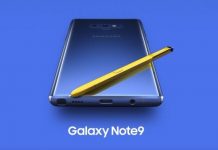 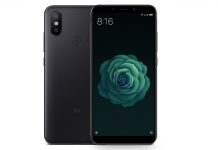 Xiaomi Mi A2 Confirmed To Launch On July 24 With Android... 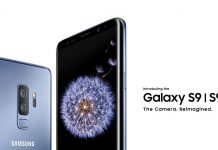