Vivo V15 Pro will be launched on February 20, and will include 32MP Pop-up Selfie Cameras. 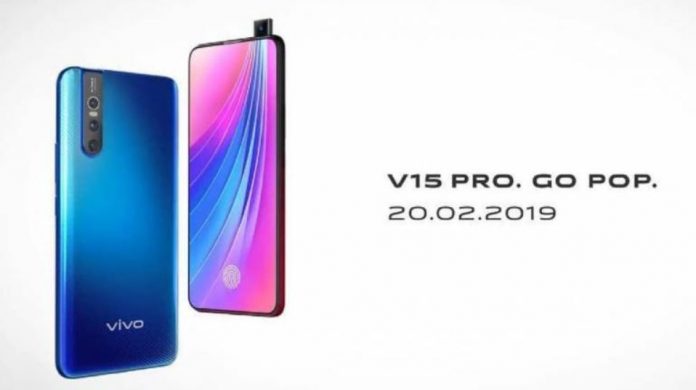 Vivo India is preparing to launch Upgraded Variants of V11 Pro Smartphone on February 20. This phone’s name will be Vivo V15 Pro. Prior to its launch, V15 Pro is being shown in the TV commercial. According to this ad, a pop-up selfie camera will be given in the phone. It will come with 32 megapixel sensor. It is believed that V15 Pro will be better in every aspect with its variants V11 Pro.

The company had told that three rear cameras will be given in the Vivo V15 Pro along with the LED flash. Also in-display fingerprint sensor will also be present. This feature was also given in V11 Pro, but in the case of in-display fingerprint sensor, V15 Pro is being shown more fast than the old variant. There is only some time left to launch this series. This is why we are giving you information about the information that you have come to know about this phone now.