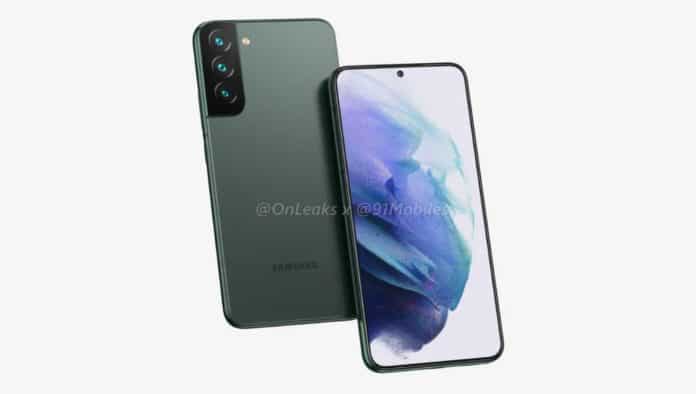 Ice Universe, a reputable tipster, ventured on Twitter to provide some data regarding the Galaxy S22 and S22display +’s and cameras. The insider revealed in a recent tweet that both Galaxy S22 versions would include a triple camera configuration on the back, as well as a 10MP front camera. You may see the tweet directly below.

As you can see, Ice Universe predicts that the normal Galaxy S22 model will have a 6.06-inch display, while the higher-end S22 Plus will have a 6.55-inch display. Both versions will include the company’s Infinity-O display, which is a fancy name for a top-centre punch-hole display panel, according to prior speculations.

In terms of cameras, the Galaxy S22 and S22+ are expected to include a triple-camera configuration on the rear. A 50MP f/1.8 Samsung ISOCELL GN5 lens with 1m pixels, a 10MP telephoto sensor with 3x optical zoom, and a 12MP ultra-wide sensor are included in the package. Both variants will have the same 10MP front-facing camera with an f/1.4 aperture.

These are not the official specifications of the Galaxy S22 variants, since Samsung has yet to release or reveal anything about its future flagships. As a result, we recommend that you take the given data with a grain of salt.

However, you can read our in-depth roundup feature on Samsung’s upcoming S22 series in the linked article to learn more about the devices and when they are expected to be released. Also, as the Galaxy S22 series approaches its launch, stay tuned for more information.