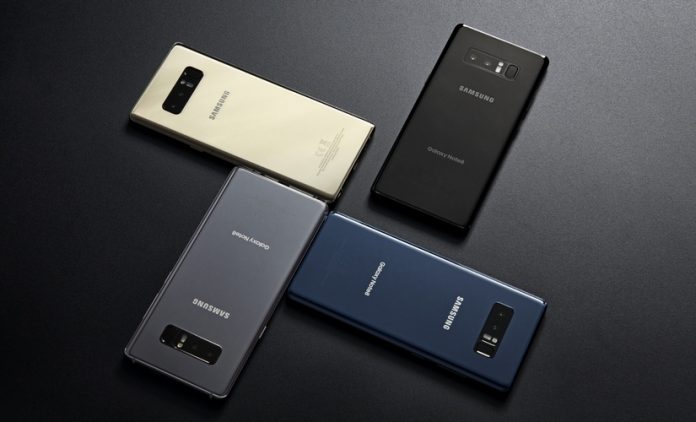 The Samsung Galaxy Note 8 has been launched in India within weeks of its global unveiling on the same day Apple will take the covers off its iPhone 8 and iPhone X at an event in California. The new Galaxy Note 8 comes with the Bixby virtual assistant in tow; Bixby will understand Indian accents, dialects, and context when it launches later this month for Samsung Galaxy S8, Galaxy S8+, and the Galaxy Note 8.

Coming back to the Galaxy Note 8 though, it sports a huge 6.3-inch Infinity Display with 18.5:9 aspect ratio and S Pen support; incidentally, this is the largest screen ever on a Samsung Galaxy Note handset. Other highlights of the Galaxy Note 8 include its dual rear camera setup, the first for any Samsung smartphone till date, apart from its IP68-certification, iris scanner, and face recognition feature.

Samsung Galaxy Note 8 price in India is Rs. 67,900, and the smartphone has been launched in its 64GB inbuilt storage variant. It will be available in its Maple Gold and Midnight Black colour variants. The smartphone is now available for pre-bookings in India, and will start shipping to users from September 21 – which is when it also becomes available. Early buyers will also get a free wireless charger bundled with the smartphone, as well as a one-time screen replacement.

The smartphone will be available to by via select Samsung retail stores, the Samsung online store, as well as Amazon India. The phone will be bundled with a free clear case, and AKG-tuned headphones. A special festive offer of Rs. 4,000 cashback for HDFC credit card users was also announced. Samsung also detailed an up to 448GB additional Reliance Jio data offer (over 8 months, with Jio Prime membership complimentary) for Galaxy Note 8 buyers. The company unveiled a Samsung Upgrade Program offer, where buyers can exchange their old Galaxy Note smartphones for additional discounts.

The dual-SIM (Nano-SIM) Samsung Galaxy Note 8 runs Android 7.1.1 Nougat with the company’s own customisations on top. The smartphone features a 6.3-inch QHD+ (1440×2960 pixels) Super AMOLED Infinity Display with a pixel density of 521ppi and a screen aspect ratio of 18.5:9. Notably, the default resolution of the smartphone is FHD+, and can be changed to QHD+ via settings. The Galaxy Note 8 is powered by a Samsung Exynos 8895 SoC (four cores clocked at 2.3GHz and four cores clocked at 1.7GHz) coupled with 6GB of LPDDR4 RAM. 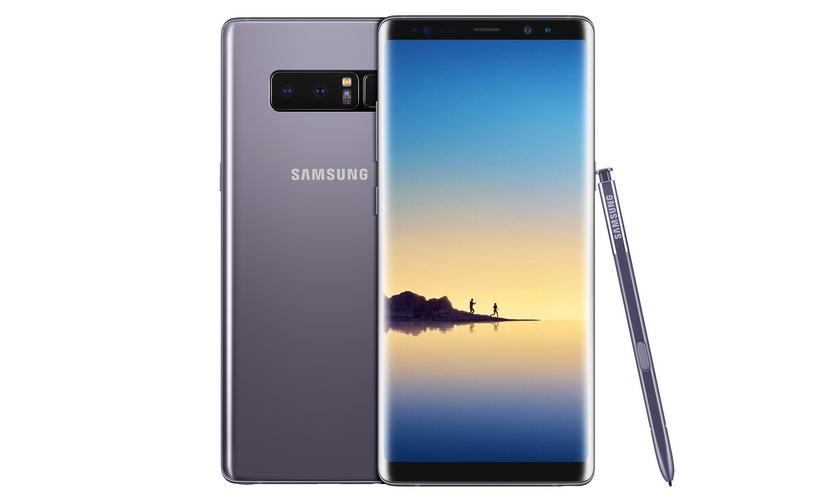 The Samsung Galaxy Note 8 features a dual rear camera setup, complete with Dual OIS (optical image stabilisation). This consists of one 12-megapixel sensor coupled with a wide-angle lens, Dual Pixel autofocus, an f/1.7 aperture, and optical image stabilisation. The second sensor is also a 12-megapixel offering, paired with a telephoto lens, an f/2.4 aperture, and optical image stabilisation. The dual camera setup enables the Galaxy Note 8 to provide depth-of-field effects like Bokeh (with real-time and after the fact adjustment), 2x optical zoom, as well as capture an image simultaneously with each camera. On the front, Samsung has chosen to use an 8-megapixel autofocus camera with an aperture of f/1.7.

The smartphone is powered by a 3300mAh battery, and the company has been keen to show off the numerous safety checks it has undergone – after the Samsung Galaxy Note 7 recall controversy from last year. The Samsung Galaxy Note 8 has wireless charging, supporting the WPC and PMAFast Charging standards compatible with Quick Charge 2.0. It measures 162.5×74.8×8.6mm and weighs 195 grams.

The S Pen stylus is also IP68-certified, just like the phone, with both capable of withstanding immersion in up to 1.5 metres of water for up to 30 minutes. Other features include a dedicated Bixby button, to access Samsung virtual assistant.