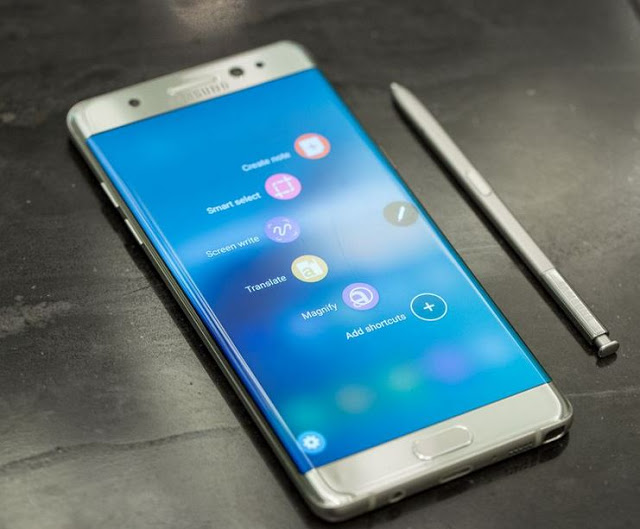 While earlier reports suggested that the refurbished models of the Galaxy Note 7 would be priced around $620 (roughly Rs. 39,900), the latest information indicates that Samsung might be selling the units for as low as KRW 500,000 or about $440 (roughly Rs. 28,300), as per a report by South Korean daily Chosun Ilbo, cited by The Investor.

A Samsung official was quoted by the daily as saying that the company has not decided on the launch schedule for the refurbished Galaxy Note 7 but that it will be launched before the arrival of Galaxy Note 8 later this year. The refurbished unit of the smartphone, expected to be dubbed as Galaxy Note 7R, has been tipped to feature a smaller 3200mAh battery than the 3500mAh battery on original phone and run Android 7.0 Nougat. Other specifications of the smartphone are expected to be same as the original.

Last year, Samsung recalled an estimated four million Galaxy Note 7 smartphones over concerns that the batteries on the phone units could overheat and burst into flames. Authorities in the US and other parts around the world banned the use of Galaxy Note 7 on planes and even from being placed in checked luggage.

After an investigation, the South Korean company in January announced that faulty batteries were to blame for the entire issue. The refurbished handset will be sold in select markets by the company.