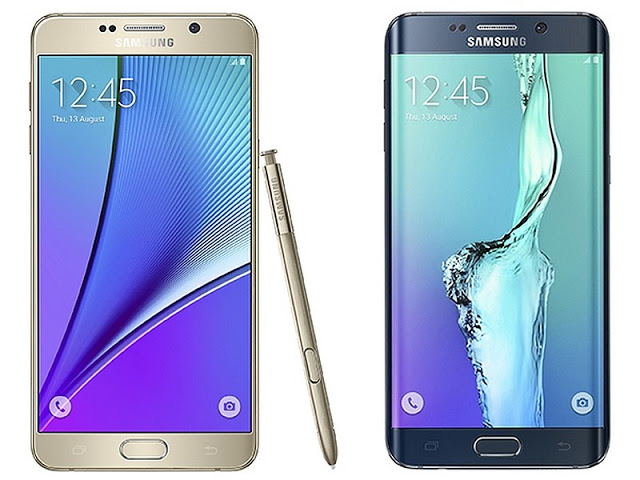 At the Galaxy Unpacked 2015 event in New York on Thursday, Samsung has unveiled the Galaxy Note 5 and Galaxy S6 Edge+. JK Shin, President and CEO of IT & Mobile Division, Samsung Electronics, launched the company’s new phablet flagships in a new bid to reverse its declining fortunes. The two smartphones will be available in select markets by the end of the month, with wider availability from September.

The Galaxy Note 5 and Galaxy S6 Edge+smartphones feature 16-megapixel rear cameras with f/1.9 aperture and optical image stabilisation, apart from a 5-megapixel front-facing camera. The camera app can be opened with a double press on the home button, which also features the fingerprint sensor. A Live Broadcast feature is also being touted.

The Samsung Galaxy Note 5 and Galaxy S6 Edge+ will be available in 32GB and 64GB variants. Both have no microSD card slots, and feature 3000mAh non-removable batteries. Samsung is touting the batteries feature its Fast Charging technology for both wired and wireless (WPC and PMA) options. With wired charging will deliver full charged in roughly 90 minutes, and with the new wireless charger, full charge is delivered in roughly 120 minutes.

In terms of connectivity, the Galaxy Note 5 and Galaxy S6 Edge+ will be offering in 4G LTE Cat. 9 or Cat. 6 modems depending on the market. The phones also feature NFC and MST connectivity technology, to power the already unveiled Samsung Pay mobile payment technology. Other connectivity options include Bluetooth 4.2, Wi-Fi 802.11 a/b/g/n/ac, GPS/ A-GPS, and Micro-USB 2.0 (no USB 3.1 Type-C as expected).

The Samsung Galaxy Edge+ measures 154.4×75.8×6.9mm, and weighs 153 grams, while the Galaxy Note 5 is both thicker and heavier, thanks to the S Pen, with dimensions of 153.2×76.1×7.6mm, and a weight of 171 grams. The two smartphones will be available in White Pearl, Black Sapphire, Gold Platinum, and Silver Titanium colour variants.

Detailing the new S Pen, Samsung said the new stylus features a one-click mechanism to eject the pen. New and improved features include the ability to take notes without unlocking the phone, and an updated Air Command feature that shows a hovering icon for quick access to stylus tools. The new Scroll Capture feature offers annotation and screen/ text capturing abilities.

Samsung Pay – which the firm said is protected by Samsung Knox with fingerprint verification and digital tokenisation – will launch in Korea on August 20 and in the US on September 28. With MST support for magstripe readers, it is claimed to work with 90 percent of US retailers, making it more ‘universal’ than Apple Pay according to Samsung. To make it work in store, users have to activate the card, authenticate it with their fingerprint, and then hold up the smartphone to the magstripe reader.

The dual-edge display of the Samsung Galaxy S6 Edge+ comes with a new UI feature called Apps Edge to take advantage of the curved display, over and above the People Edge feature seen in the S6 Edge. It similarly allows users to pin commonly used apps to the side display, for quick access.

Commenting on the launch in a statement, JK Shin said, “At Samsung, we believed in the promise that large screen smartphones could actively address some major consumers pain points by providing users with a better viewing experience and more productivity on-the-go. With the launch of the Galaxy S6 Edge+ and Note 5, we’re re-emphasising our ongoing commitment to bold, fearless innovation that meets the needs of our consumers.” 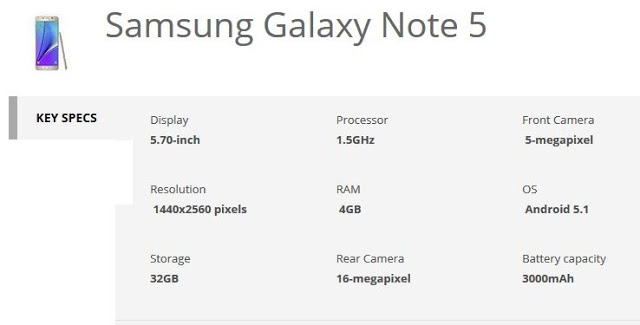