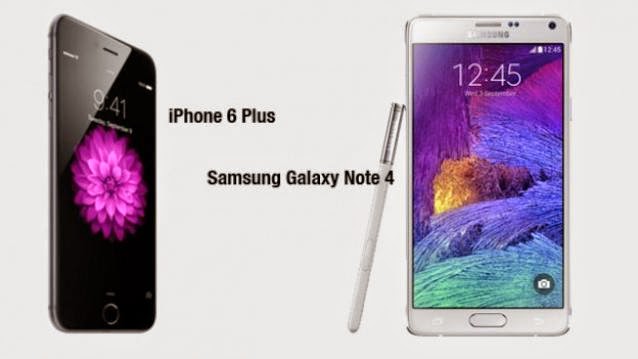 Samsung launched the Galaxy Note 4 in India yesterday, which shows great promise with a sharper screen, beefed-up internals and an improved S-Pen. Close on the heels of Samsung, Apple will start shipping its new iPhones – the iPhone 6 and 6 Plus – from October 17.

Both the Galaxy Note 4 and the iPhone 6 Plus have received wide acclaim by those who’ve had the chance to get their hands on them. Both phones come with plenty of horsepower, have advanced cameras and come with all possible connectivity options.

While Apple is hoping to lure Android users with the mammoth-sized iPhone 6 Plus, Samsung is betting big on the Note 4’s success to get a hold on its dwindling mobile market share. While it’s up to time to see which manufacturer manages to overcome its problems, the ideal phone is the one that can best suit your needs. Here’s a spec-comparison that gives a quick glimpse at what each phone has to offer. 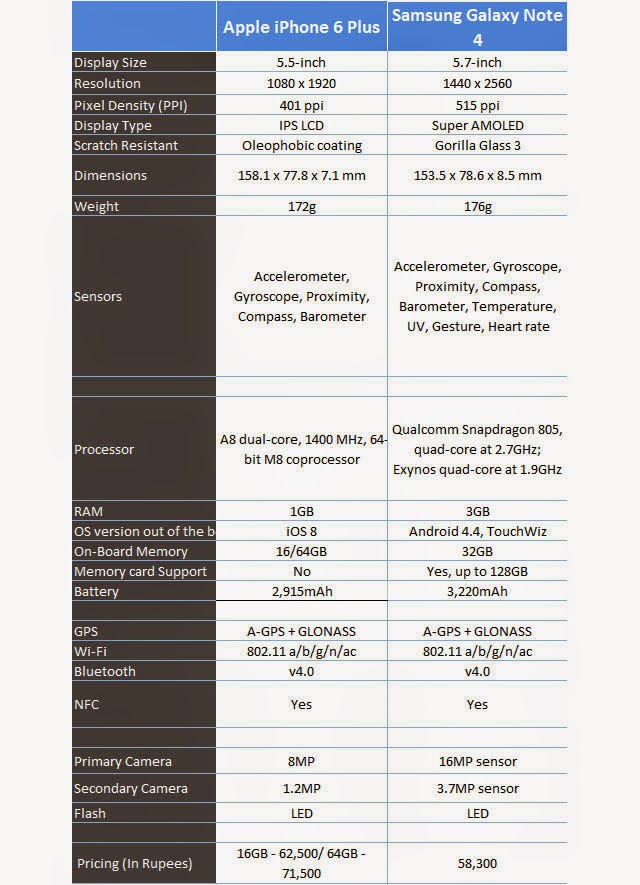 There’s lots to love about the iPhone 6 Plus’ design, which is an area Samsung still needs to improve upon. The iPhone 6 Plus sports a premium all-metal back with curved edges front and back. It’s thinner than the Note 4 at just 7.1mm and lighter at 172g.
The iPhone 6 Plus has a wider f/2.2 aperture as opposed to the Samsung Galaxy Note 4’s f/2.4. This gives the iPhone 6 Plus a slight advantage in low light situations. Paired with the 1/3-inch sensor size, the iPhone 6 Plus’s sensor should provide better low-light images than the Galaxy Note 4. Note that this is only based on what’s on paper and we’ll be able to give a proper verdict on the cameras after we’ve tested both phones ourselves.

The Note 4 comes with a stylus, called S-Pen,which adds a bunch of cool features for taking notes and navigating the smartphone. The Note 4 also comes with more storage for the starting price along with the option to expand the storage up to 128GB with an external micro SD card. At Rs 62,500, the 16GB iPhone 6 Plus costs more than the 32GB Galaxy Note 4, which is priced at Rs 58,300. To top it up, the Note 4 also has an IR blaster, heart rate monitor and UV sensor – none of which you’ll find on the iPhone 6 Plus .