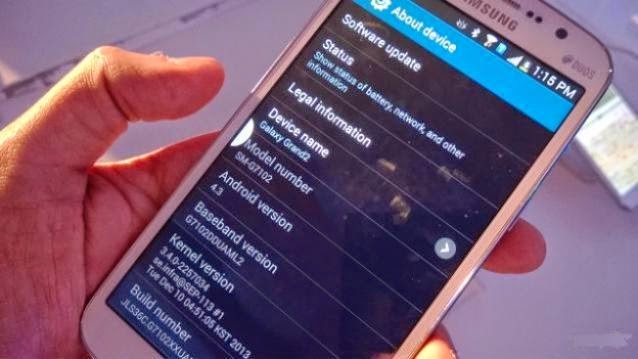 Samsung Galaxy Grand 2 has got an update in India. Image: TechTrainIndia

Samsung Galaxy Grand 2 users in India should rejoice as the company has started rolling out the Android 4.4.2 update in India, according to various media reports.

Other users have responded to his post as well and confirmed that the update is indeed rolling out. One user pointed out that the size for the update is 360 MB.

To download the update, users can turn to the Samsung Kies app or download it over-the-air. To see if you smartphone has got the update, just got to Settings on your Galaxy Grand 2, About Phone and then the Software Update section. Of course, you will need an active Internet connection to start the download.

So what does the update bring, other than the latest version of Android? (Android L is still in preview and developers mode) According to one user who updated to 4.4.2 there are some cosmetic changes and an improved user interface.

The user pointed out that “default Samsung keyboard emojis are smaller in size,” the S5 calculator is now in the Galaxy Grand 2, and the update seems to bring a boost in performance. However there is no S5 weather widget, no s-memo and no change in camera UI, the user adds. View the full discussion here.

The Samsung Galaxy Grand 2 was launched at a price of Rs 22,999 in India and is currently retailing around Rs 19,900.