Samsung Reveals Exynos Chipset with AMD Graphics Launch Date; Exynos 2200 Could Be Next? 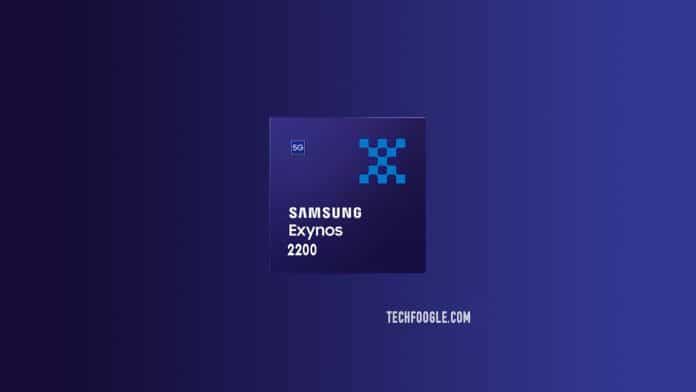 Samsung has been teasing the release of its next-generation high-end chipset, the rumored Exynos 2200, for quite some time, and the firm has now disclosed the date. On January 11, the new flagship chipset will be launched, along with the long-rumoured Galaxy S21 FE (Fan Edition). Samsung’s forthcoming flagship Exynos processor is detailed below.

Exynos 2200 from Samsung will be launched soon

Samsung made the news via a tweet on its official account. According to the tweet below, the next-generation Exynos chipset will have AMD’s RDNA2-based GPU. The Xbox Series X and PlayStation 5 consoles both have AMD RNDA2 graphics. It’ll be the outcome of the company’s 2019 partnership with AMD.

#PlaytimeIsOver. The gaming marketplace is about to get serious. Stay tuned for the next #Exynos with the new GPU born from RDNA 2. January 11, 2022. pic.twitter.com/5V547CpDkP

The chipset is likely to be gaming-focused, including capabilities such as ray tracing, which will be a first for a smartphone SoC. Ray tracing is the simulation of light in 3D rendering for more realistic lighting and better visuals, for those who don’t know.

This will be in addition to a slew of new functions that the Exynos 2200 is likely to offer. According to prior speculations, the forthcoming Exynos chipset might include a single 2.9GHz Cortex-X2 core, three 2.8GHz cores, and four 2.2GHz cores. According to recent rumours, the AMD-powered GPU will be dubbed the Xclipse 920 and will deliver up to a 17% boost over its predecessor. The CPU is expected to enhance performance by only 5% over the Exynos 2100, while the SoC’s AI and machine learning capabilities will rise by 117%.

Although little is known about the new chipset, it is expected to outperform last year’s Exynos 2100 in terms of performance and efficiency. It is most likely to launch alongside the highly anticipated Galaxy S22 series, however, certain territories (including Europe and India) that typically get Exynos chipset-powered versions may get Snapdragon 8 Gen 1 S22 models this time.

However, it remains to be seen whether the Exynos 2200 chipset that Samsung intends to announce on January 11 is the Exynos 2200. Stay tuned for all the updates you need to discover out what Samsung has in store for us at the January 11th launch event!