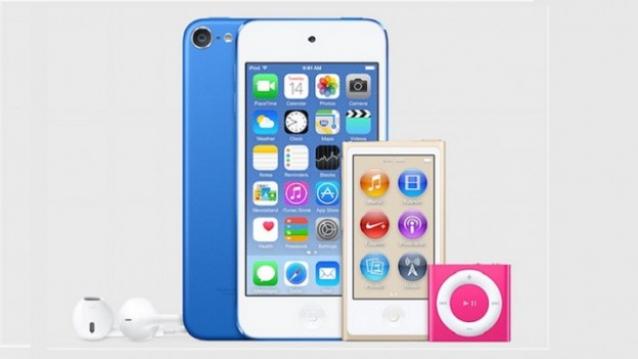 Apple seems to have been so busy offering us upgrades to the iPhone and MacBooks, that it almost forgot about iPods. In fact, we also believe they were dead! But, it looks like Apple might bring back the Apple iPod, completely revamped and upgraded with new features. Reportedly, fresh models are arriving with upgraded processors for the iPod touch models tomorrow.

According to a report by French website Igen, Apple will offer a whole new line of iPods such as iPod touch, iPod nano and iPod shuffle in a range of various colours including  Gold, Electric blue and Fuchsia, Classic Black, Pink and Gray Sidereal. The report adds that the smaller models will not receive any specification upgrades but the Touch model will get a 64-bit upgrade on the 32-bit A5 it currently houses.

Although the news has not been confirmed by Apple, the rumoured launch date is based on the code spotted inside the latest iTunes 12.2 software. Traditionally, Apple has unveiled iPods in September.
Recently, Apple unveiled its music streaming service Apple Music to the masses as well. With the introduction of new iPods, it seems like the company is enhancing its efforts on music hardware perspective too.