Regulating WhatsApp and the likes: Indian telcos are coming across as cry babies 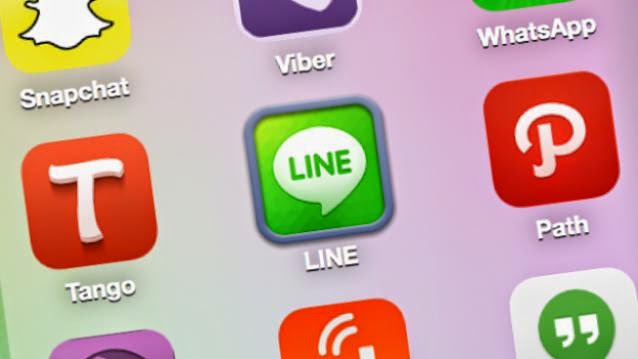 Indian telecom companies have been quite vocal about their dislike for over-the-top (OTT) services such as messaging and calling apps eating into one of their biggest revenue streams – voice calling and SMSes.

In the past there were murmurs about telcos seeking TRAI recommendation on regulation of OTT services, and reports today add more fuel to the story. If telcos manage to make a strong case to TRAI about OTT services hampering revenue, then users would most likely have to bear the cost.

Let’s take a step back and understand what the whole brouhaha is about.

Telecom companies have been having a hard time trying to increase revenues, especially as SMS usage drops and messaging apps become the norm.

With data plans galore, most users do not have to incur extra costs of SMS and, thanks to free calling apps, phone calls. This meant that telecom companies started promoting data plans instead of talk time or SMS plans and as a result data adoption and usage has increased. But telecom companies are realising that this change comes at a high cost.

The Association of Unified Telecom Service Providers of India (AUSPI) president CS Rao said that though OTT players provide the same services that mobile service providers offer, there’s no regulation. “Major regulatory realignment is needed when consumers are moving from minutes usage to megabyte usage era. I want TRAI to note issue of stressed capacity of network. If 20 per cent of our customers start using OTT service, then burden on network will increase $ 55 per subscriber,” Rao told PTI.

The fallacy here is that mobile service providers do not offer the same services as the likes of WhatsApp. SMS costs are for each message sent, while messaging apps do not have any such per-message fee.

OTT players have alleged that telecom companies want regulation when it suits them and previously when VAS was booming, these same telcos urged OTT players to not go to TRAI over regulation in this field. So in a way, the tables have now turned. Internet & Mobile Association of India (IAMAI) president Subho Ray told PTI, “It is the reverse of what we used to say about VAS to regulator that we are not getting revenue share. The same operators used to ask us don’t go to telecom regulator.”

One could say that telecom companies have been slow to react to a massive sea change in mobile usage, not being wise enough to see where the market was trending towards. It could be called vision paralysis, but that’s not a consideration for the average user. For users, the big question is will I have to pay to use WhatsApp. And what if I have already paid? This is where things get tricky. While telcos want regulation, it’s not yet clear who will incur the costs, or whether costs will be for all OTT services or only the ones being used most. What counts as a OTT service? There’s really no clarity.

One scenario is that besides data plans, users will have to pay app-specific charges, akin to fast lanes that US telecom companies have long been fighting for. While the net neutrality debate in the US spans a whole range of Internet-enabled services and not just OTT services, one can draw a parallel to the India situation, in that users may have to pay extra to access these services.

In India, telecom companies are urging for regulation, which is a highly dodgy path to take and is not the best precedent. Mobile technology moves much faster than regulation and if messaging and calling apps are the norm today, there will be replacements and alternatives in a few months, if not sooner.

Secondly, how do telecom companies plan to deal with the flood of messaging apps? Sure, WhatsApp is popular, but it has been popular for a long time. These days apps such as Hike, Line, WeChat, Telegram, Viber make WhatsApp just an alternative. Secondly, even calling apps are dime-a-dozen. And what about Apple’s iMessage or Google Hangouts? There are simply too many options to cover and users will always find one that does not have prohibitive fees, if that’s the route adopted.

Telecom companies may cry about lost revenues, but there are plenty of opportunities for growth even in an OTT-first world. Ecosystem tie-ups such as the one Facebook signed with Airtel in Zambia for free Internet access are an option. The advent of 4G services will bring more opportunities, especially in video streaming, live events and other aspects which require data-heavy usage. In fact, as more mobile devices replace PCs, the revenue growth potential even within cellular data is quite high.

At the moment, telcos are coming off as cry-babies lamenting the death of phone calls and SMSes. Those died a while ago. It’s a different world now and regulation will hamper connections more than anything else.