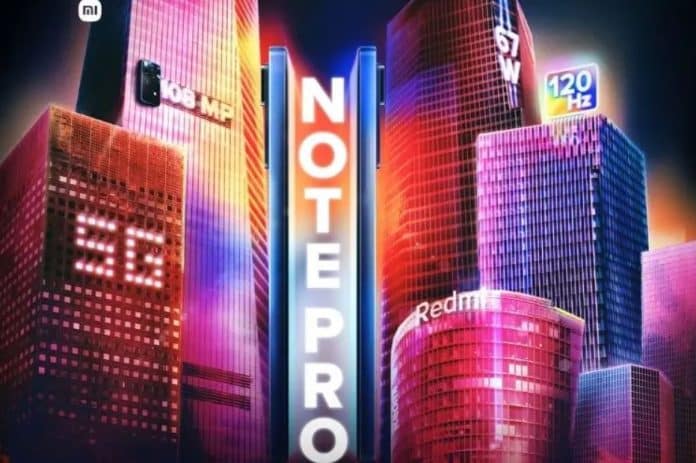 Xiaomi has confirmed that these two new phones, the Redmi Note 11 Pro and Redmi Note 11 Pro+ 5G, will be released in India via a virtual event on March 9th at 12 p.m. This “Mega” launch event will be live-streamed on YouTube and other social media channels by the corporation.

We may assume other features to be similar, given that Xiaomi has verified a few specifics for the Indian model of the Redmi Note 11 Pro series that match the global ones.

As a result, both the Redmi Note 11 Pro and the Note 11 Pro+ 5G are likely to include a 6.7-inch AMOLED display with 120Hz refresh rate capability. The Note 11 Pro will be driven by a MediaTek Helio G96 processor (similar to the newly launched Realme Narzo 50), while the Pro Plus variant will be powered by a Qualcomm Snapdragon 695 processor (similar to the Realme 9 Pro 5G). Both are expected to offer up to 8GB of RAM and 128GB of internal storage.

You’ll have to wait until March 9 to get all of the verified facts regarding the Redmi Note 11 Pro series in India. So keep tuned for further information.