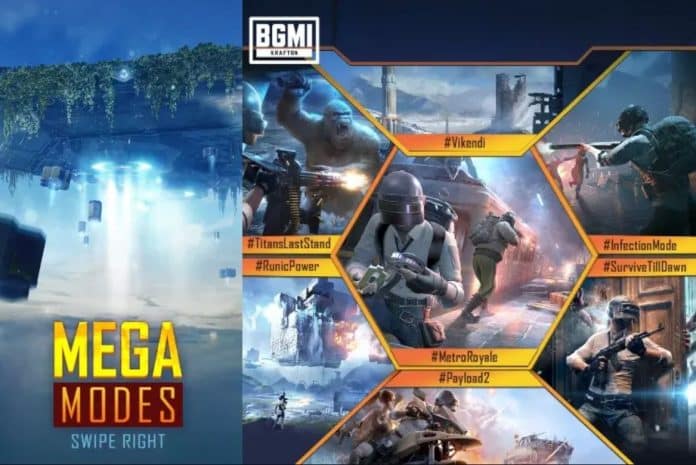 With the next update, Battlegrounds Mobile India (BGMI) will be able to play PUBG Mobile game modes.

Krafton is planning to release yet another patch for its wildly successful Battlegrounds Mobile India (BGMI) game, following the addition of the Flora Menace mode and new weaponry in the Arena Mode in the last update. The company has announced that numerous well-known and popular PUBG Mobile game modes would be included as part of its Mega Modes campaign with this release.

(also see: PUBG on Xbox One: Is the Best Way to Play PlayerUnknown’s Battlegrounds)

The new Mega Modes update was recently announced by Krafton on its official Facebook and Instagram pages. Various game modes formerly accessible in BGMI’s now-banned-in-India cousin PUBG Mobile will be brought back as part of this upgrade. Titans: Last Stand, Infection, Metro Royale, Survive Till Dawn, Vikendi, and more modes are among them.

If you’re a BGMI player, the next BGMI update will bring you a new gaming experience as well as mode-specific weaponry and vehicles. However, Krafton is yet to clarify whether the modes would be released simultaneously or in weekly cycles. In addition, to unlock new game types on PUBG Mobile, players have to reach a specific level. As a result, we may anticipate Krafton to apply the same regulation to BGMI players.

On the subject of availability, there is presently no information available. However, given that the September update was issued on September 16th, we may anticipate Krafton releasing the next update in mid-October.

Aside from that, Krafton has banned around 1,40,000 BGMI users in India for utilizing third-party tools to hack the game, claiming multiple user reports of hackers spoiling players’ in-game experiences. It demonstrates that the business will not treat such unlawful acts in the game lightly and will pursue them aggressively.