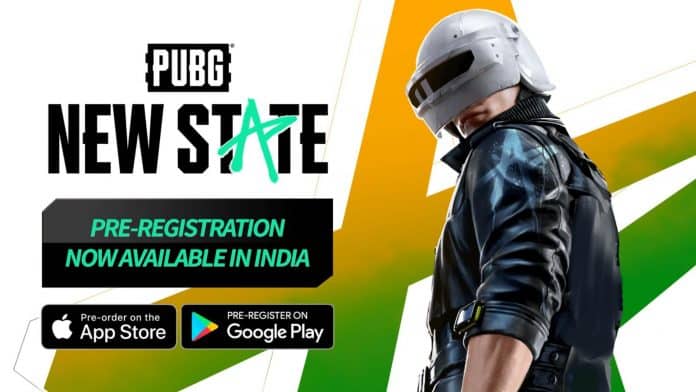 PUBG NEW STATE India: Over 32 million people have pre-registered for NEW STATE throughout the world.

PUBG: New State is a new smartphone game set in 2051 that features contemporary vehicles and mechanics.

PUBG: New State pre-registrations have begun in India, according to game developer Krafton. Pre-registration for Android and iPhone users is now open on Google Play and the App Store, respectively. The new game was unveiled internationally in February, but pre-registrations were not open in India at the time since the business was working on re-launching PUBG Mobile India — which had previously debuted as Battlegrounds Mobile India in the country. However, with the introduction of Battlegrounds Mobile India, Indian fans may now pre-register for PUBG: New State with gamers from all around the world.

According to Krafton, PUBG: New State will be released this year as a free-to-play experience on Android and iOS devices. However, no specific launch date has been announced. Pre-registration for interested players is available on Google Play for Android devices and the App Store for iOS devices. Since February, PUBG: New State has received over 32 million pre-registrations worldwide, but these figures do not include fans from India, China, and Vietnam. Pre-registered users have free access to a limited number of car skins (permanently).

NEW STATE: which was announced in February, features the traditional battle royale setting, but it is set in 2051 and contains contemporary weaponry and vehicles, as well as various technologies that claim to improve performance. The teaser, which was published in February, showcased some of the new features and locations that would set PUBG: New State apart from prior PUBG releases. New rides, flying toys, and configurable weaponry are among the things that have been teased.

In September of last year, PUBG Mobile India was banned in the country owing to its ties to the Chinese corporation Tencent. After Krafton acquired the publication and distribution rights to PUBG Mobile, it was relaunched as Battlegrounds Mobile India this year. PUBG: New State is being released in India by the same firm. Krafton claims to have invested $70 million (approximately Rs. 511 crores) in India’s IT industry this year, including in esports firm Nodwin Gaming, game streaming network Loco, and digital novel platform Pratilipi.