Breaking News
Home / News / PM Modi is right that mobile is future of e-Governance: Here are some things that need fixing first

PM Modi is right that mobile is future of e-Governance: Here are some things that need fixing first 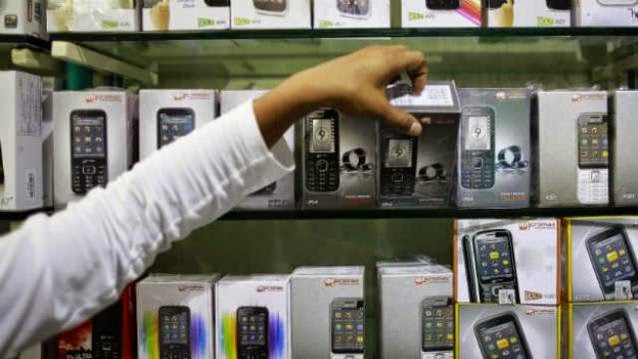 In a first, Prime Minister Narendra Modi today chose to address his remarks to the 18th National Conference on e-Governance via Twitter. Given that the PM is known to be a Twitter-savvy person and more recently the first global leader to have sent out an audio-video tweet, it’s hardly surprising that he chose the platform to address his remarks on e-governance.

While the Prime Minister spoke about the need of e-governance, he also, very accurately, pointed out that all such talk must now focus on mobile first. He tweeted that, “While we look at e-Governance, let us think about ‘mobile first’ and thus give importance to m-Governance (mobile governance). I urge you to explore ways to provide as many services as possible through mobiles. Let us bring the world into our mobile phones!”

The PM is absolutely right in his assessment that a mobile strategy is critical for the future of e-Governance. India is set to become the second biggest market for smartphones in the world by 2017. According to research firm IDC, over 59.3 million smartphones were sold in the January-September 2014 period. However as IDC data also showed in Q3 of 2014 alone India shipped over 49.2 million feature phone devices, thus indicating that for most Indians smartphones are still not the device of choice.

In such a scenario, where in each quarter over 50 million people still buy basic feature phones, how the government approaches mobile and e-governance is very crucial. While bringing essential services like Banking, Bill Pay, LPG cylinder payments, tax payments, and even checking status of your passport or Provident Fund has been welcomed by smartphone users, those who can’t afford such devices should not be left out of the mobile governance revolution.

We had noted in the past how 2014 was a great year for India and e-Governance, with various schemes and initiatives being launched by state and central government to boost facilities for users.
In fact the Karnataka government, launched a mobile exclusive MobileOne multi-mode service, which was made available across all platforms, including iOS and Android. MobileOne allows people in the state to pay utility bills and property tax, book railway tickets and file of income tax returns all through their phones.
In 2013, the then-UPA government had launched MobileSeva, which aimed to provide government services to the people through mobile phones and tablets. Mobile Seva enables integration of common e-Governance infrastructure consisting of State Data Centers (SDCs), State Wide Area Networks (SWANs), and State and National Service Delivery Gateways (SSDGs/NSDG) with a mobile platform, thus allowing a government department to integrate both web and mobile based services seamlessly.

Essentially citizens get to directly interact with Government Departments through SMS and even a Mobile Applications Store (m-App Store) was developed by DeitY as part of Mobile Seva. The app store had apps like RTI Directory, Voter Information, Hospital Tracker, etc according to this report on Mint. By May 2014, MobileSeva had delivered 930 million mobile text messages to Indian citizens. The service even won a UN award.

But what makes all this sound rather hollow is the fact that when you try to access the MobileSeva website, Google and Safari will warn you that it’s not certified and is not a secure connection. Even getting access to the Apps of MobileSeva is impossible, since web browsers warn of potential warnings to users and customers.

The MobileSeva service doesn’t serve much purpose if a user or citizen can’t even access the website. Perhaps one of the more successful apps in the whole MobileSeva scheme was the mPassport Seva app, which allows users to keep a track of their passport application. The app was also made available on Android, which was seen as a great step but currently those using java-based internet enabled phones might find it hard to access these apps. The security warnings end up defeating the purpose of the exercise.

While SMS-based services are great to give information, the Indian government will need to look at creating secure and credible apps for smartphone users, since more and more Indians are expected to adopt these.

The Mobile-e-governance connection holds great potential in a country like India, and the PM is not wrong to point out that this is the direction in which policy-makers should be thinking. With companies like Facebook working on Internet.org project which aims to bring free, internet access to those who might not have access in collaboration with governments as well, the potential for mobile-governance is great in India.

Given that currently only 15 percent of India’s population has access to the Internet, in sharp contrast to the fact that we are second largest country in terms of numbers of mobile users in the world, it is evident that no e-governance revolution is possible without focusing on mobile.