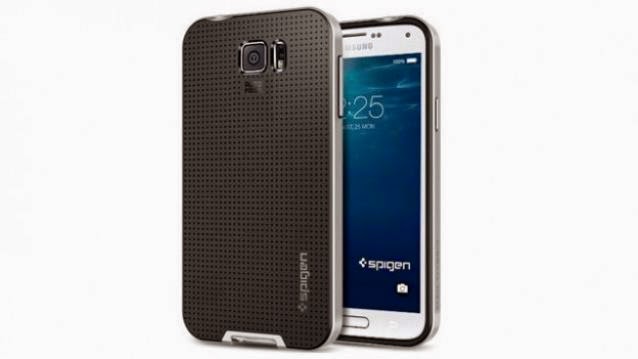 Let’s face it. Samsung has always sucked at keeping its upcoming devices secret. The specs of the S5 were pretty much all known before the device was actually launched. And true to form, the upcoming and unannounced Galaxy S6 has also been beset by ‘leaks’ that give us a pretty good idea of what the device looks like.

Earlier, reports suggested that Galaxy 6 and Galaxy S Edge would be the names of Samsung’s MWC launches and now, alleged images of the S6 have been released by case-maker Spigen.

According to a report by Phone Arena, Case maker Spigen revealed four cases that are specifically made for the Galaxy S6. These cases are listed on Amazon and could actually depict the ‘real’ S6 itself inside. 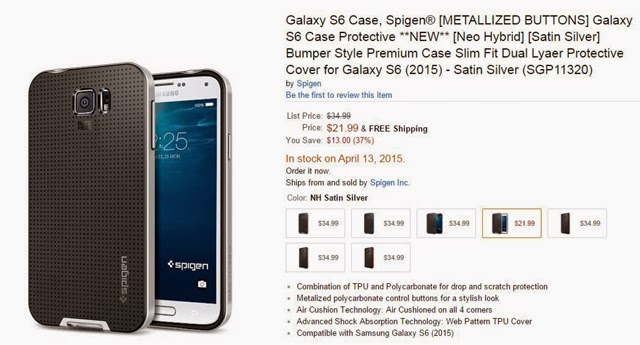 The above image gives us a few ideas on what the S6 could look like. From the image we can make out that the phone has a rear camera next to an LED flash and a heart rate sensor. Towards the front, we have the regular Home button and various sensors above the display.

The report also pointed out that Spigen previously revealed the designs of other unannounced (at the time) handsets, including the LG G3, the HTC One (M8), and the Google Nexus 5.

Samsung is hoping that the smartphone will revive their fortunes, especially because after the phenomenal sales of the iPhone 6, Apple is on now neck-and-neck with Samsung for the title of the world’s leading seller of smartphones.

In this attempt, Samsung recently hired a new Design Chief in its attempt to push through stylish some designs. The company is now looking to start fresh with the upcoming Galaxy S6 which will most likely have Lee Don-tae’s assistance in designing.

The Samsung S6 is expected to release at Mobile World Congress in March.

@techfoogle
Previous PM Modi is right that mobile is future of e-Governance: Here are some things that need fixing first
Next Xiaomi’s Mi 3 has started receiving MIUI 6 OS update; Redmi Note and Redmi 1S to follow up in March