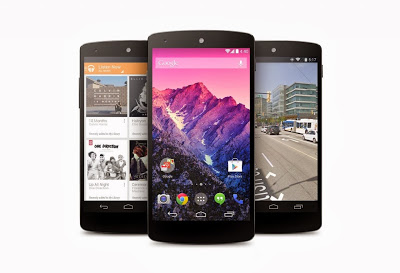 Although Google has yet to officially announce the update, but it seems an update download date for a host of new Google Now features has been pencilled in for next week.

According to Wired magazine, Google Now will become smarter with the next update, including being able to offer answers back to you, similar to iOS’ Siri.

The update will also allow Google’s flagship to search apps and launch them in order to perform specific tasks.

There will also be an increased number of Google Now cards, all based on your current location.

It does seem strange that Google didn’t offer these features as standard with Android 4.4 KitKat and the Nexus 5, but it will be interesting to see how much functionality is added with the rumoured November 13 update.

Google Nexus 5 Features
Google has jam packed the Nexus 5 will a load of high-end components, which sees the flagship’s price raised to £299.

It has a 2.26GHz quad-core Qualcomm Snapdragon 800 processor with 2GB of Ram and is powered by a 2,300mAh Lithium-Polymer battery.

You have the option of 16GB or 32GB of internal storage, increased from 8GB and 16GB in the Google Nexus 4. As with smartphone alternatives like the iPhone 5S and iPhone 5C, it does lack microSD card expansion.

In the rear, the Nexus 5 has an 8-megapixel camera with optical image stabilisation and has an additional front-facing 1.3-megapixel snapper.