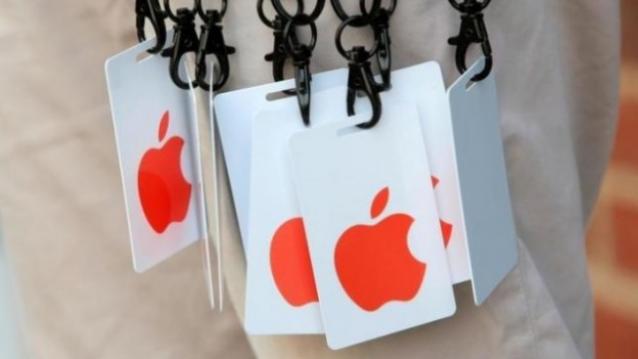 While we normally expect Apple’s smartphone sales to drop before the launch of its next smartphone around the third quarter of every year, things look a bit different this year, not to mention worrisome. Gartner in its quarterly report on global smartphone sales, points out that Apple has been faltering one too many times.

The report pointed out how Apple faced three consecutive quarters of slowing demand as sales declined by 7.7 percent. More importantly, glancing at the Worldwide Smartphones Sales chart reveal that Apple is the only vendor out of the five who’s smartphone market share has declined in comparison to the same period last year. 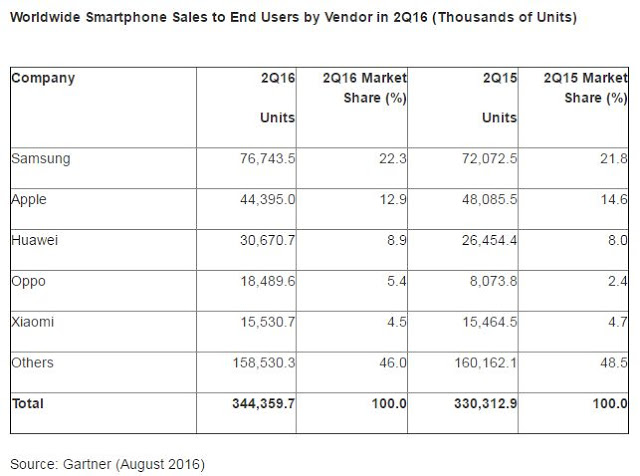 “Features such as an anti-shake camera optimized for selfies, and rapid charge technology, helped Oppo carve a niche market for itself and boost sales in a highly competitive and commoditized smartphone market,” said Anshul Gupta, research director at Gartner. 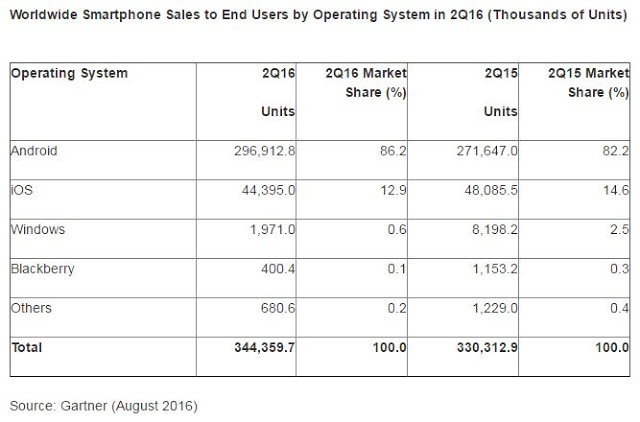 With the Apple iPhone 7 launch happening in September, one can expect the numbers to go up in Q4 and deliver another record breaking quarter in the first quarter of 2017. But for now Apple indeed has a lot of explaining to do.