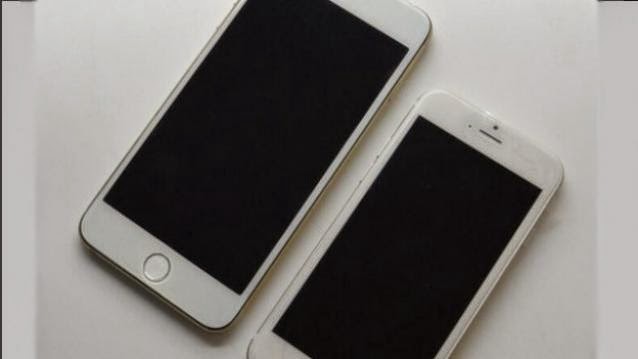 Over the years, the mobile phone is no more confined to just calls and text messages. Now, Adobe’s Digital Index 2014 US Mobile Benchmark Report shows the way we use our mobile phones is changing in unexpected ways. The report states that there is a shift towards larger screen devices. It further adds that devices over four inches in size are driving 30 percent of smartphone Web traffic, which has increased from 19 percent last year. On the other hand, web browsing using smaller displays less than four inches is down by 11 percent, year-over-year.

This explains why Apple has finally decided to ditch its 4-inch iPhone for larger displays – 4.7-inch and 5.5-inch. In fact, the 5.5-inch iPhone model that had gone off production track may also be launched today in limited quantities. The report clearly states that unless Apple introduces a larger screen smartphone, its market share will suffer. 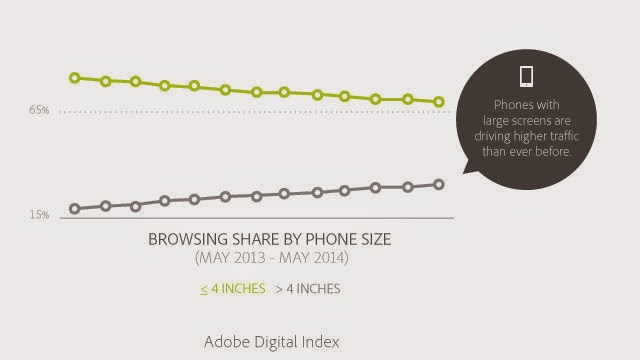 Earlier, Dominic Sunnebo, strategic insight director at Kantar Worldpanel ComTech, had said “ The Samsung Galaxy S5 has had some success in attracting former iPhone owners across Europe. In general, consumers buying the Galaxy S5 were primarily attracted by its large screen size. This is something Apple is likely to address with the rumoured larger screen iPhone 6 launch expected in late September.”

Now, these large-screen phablets aren’t just canabalising small screen market share, but also eating into the tablet market share. “A year ago, tablet browsing surpassed smartphones, and that trajectory was expected to continue,” said Tyler White, an ADI analyst. “Since then, however, browsing growth by these devices has flattened, and we think this is mainly because smartphone screens are getting bigger. Now, instead of buying both a smartphone and a tablet, people are opting for phablets and relying on just this one device—with a larger screen—for all of their browsing.”

The report also highlights thirty-six percent of all referral visits from social networks to retail sites come from tablets and smartphones. In fact, Pinterest is the most mobile social network with 64 percent of its referrals triggered via mobile browsers, says the Adobe report. It further adds that consumers choose to access the Web via Wi-Fi over phone data. Over 50 percent of smartphone browsing and 93 percent of tablet browsing comes from Wi-Fi rather than cellular networks.

Adobe also found that iBeacons and geo-targeting are becoming mainstream. About eighteen percent of mobile marketers already use iBeacons and the number is expected to double in 2015.