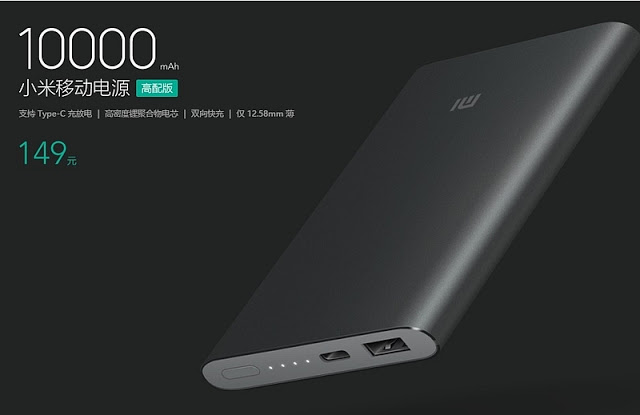 The 10000mAh Mi Power Bank Pro can deliver and draw 12V 1.5A, 9V 2A, or 5V 2A and can charge other smartphone accessories such as Bluetooth headphones, fitness bands and more as well. The company forum posts that, “10,000 Mi Power Bank Pro does support USB Type-C charging and you may charge up your Mi 5 and MacBook.”

The Mi Power Bank Pro is said to be 42 percent thinner compared to the company’s other 10000mAh power banks. The device is rated to go from 0 percent charge to full in 1 hour 50 minutes. Using the power bank, the company says users can charge their Mi Note for 2.5 times, iPhone 6 four times, and the iPad Mini 1.5 times. The 10000mAh Mi Power Bank Pro measures 128.5x75x12.6mm and weighs 223 grams.

As for the Xiaomi Mi Box 3 Enhanced Edition, the media player’s highlight is its faster processor over the Mi Box 3, said to be 80 percent faster than the processor inside the standard Mi Box 3. The Mi Box 3 Enhanced Edition comes with an improved cooling system along with a fan. On the connectivity front, the box now has Wi-Fi 802.11ac 2×2 delivering transfer speeds of 300Mbps, along with Bluetooth v4.1. The box is priced at CNY 399 (roughly Rs. 4,100).