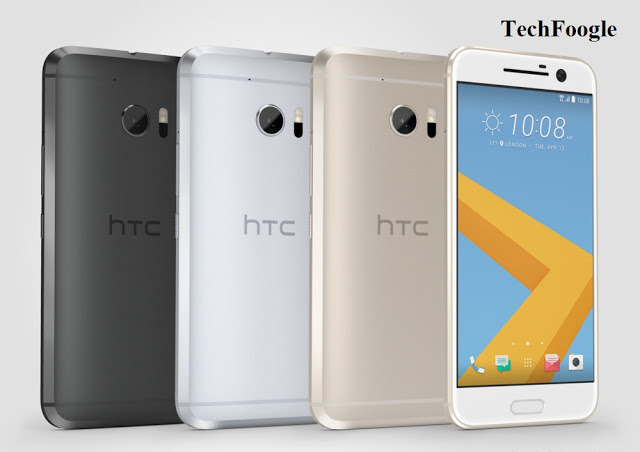 There is however an air of confusion as not all countries will be getting the HTC 10 powered by a Qualcomm Snapdragon 820 chipset. HTC’s India website for example indicates that fans will only be able to purchase the Snapdragon 652 variant. The Qualcomm Snapdragon 820 variant has been priced at $699 in the US and will be come in Carbon Gray, Glacier Silver, Topaz Gold and Camellia Red. There are currently no details regarding availability.

HTC fans in the US can rejoice as they will be treated to the standard variant (HTC 10) with the best hardware. There’s a 5.2-inch Super LCD 5 display of Quad HD resolution (2560×1440 pixels) that according to HTC is 30 percent more colourful and 50% more responsive than its previous M9 flagship.

Powering the HTC 10 will be a Qualcomm Snapdragon 820 chipset paired with 4GB RAM and 32GB or 64GB internal storage options. The internal storage can also be expanded up to 2TB thanks to a microSD card slot.

As for the cameras, the HTC 10 packs in 12MP (UltraPixel) unit as the primary that features an f/1.8 aperture, laser AF and OIS along with a dual LED flash. On the front we have a 5MP unit that also comes with an f/1.8 aperture, AF, and even OIS! HTC has also included a Screen Flash feature for selfies shot in the low light.

HTC’s BoomSound audio tech is still present and delivers Hi-Fi sound along with Dolby Audio support. The new and improved design now features a dual speaker layout, each with their own tweeter and woofer. Each speaker also comes with its dedicated amplifier.

The handset packs in the usual connectivity options including 4G LTE and is powered by Android 6.0 Marshmallow-based Sense 7 UI.

Coming to the HTC 10 Lifestyle it packs in all the goodies of the standard HTC 10, minus the Qualcomm Snapdragon 820 chipset that has been replaced by a Qualcomm Snapdragon 652 chipset. The RAM size on the Lifestyle edition also get a cut with just 3GB instead of 4GB on the standard model. As of now there is no official word as to when the smartphone will make it to India.