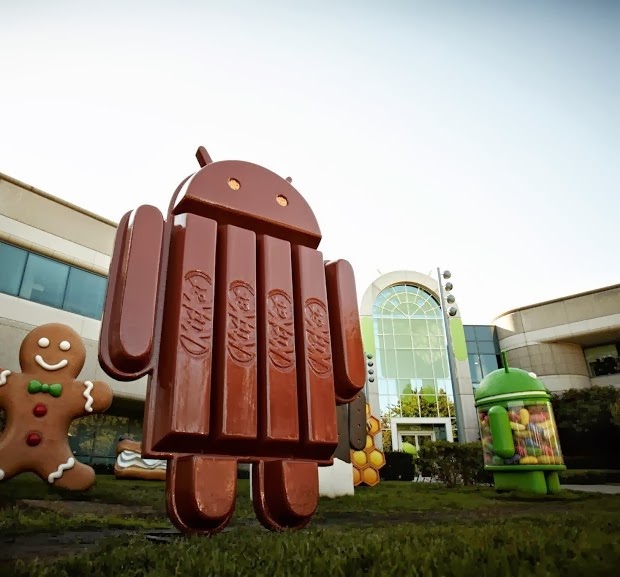 With Google I/O officially set to kick off tomorrow morning at 9 AM, Sundar Pichai, Google’s man in charge of Android just revealed some extremely important information a day early. In a massive interview with Bloomberg full of information about his rise with Google, Pichai confirmed the next version of Android “L” will be previewed tomorrow.

In previous years Google’s been rather quite regarding Android and its upcoming changes. Last year Google didn’t say a word about a new version of Android at Google I/O, and instead just unleashed it onto the world at the end of October. This year however, Google wants to show the world and all its users where Android is headed, and what they can
expect later this year.

The last time we saw an early preview of Android before it was actually released and revealed by Google was over three years ago with Android 3.0 Honeycomb. What this means is now that Sundar Pichai is in charge of Android (and Chrome) he wants to shake things up and aims to offer consumers and developers an early look, and give us something to look forward to.

Since first being released in September of 2008 Android has been named after tasty desserts as codenames. Each new version or update to the mobile OS has been named after a dessert in alphabetical order. Starting with Android 1.5 Cupcake, 1.5 Doughnut, 2.0 Eclair, all the way to the current Android 4.4 KitKat we’re all enjoying today.

Google teased Android 3.0 Honeycomb over three years ago before the release, but each version since then hasn’t been revealed until Google was fully ready to show the world. Android 4.0 Ice Cream Sandwich, 4.1 Jelly Bean, and even the current Android 4.4 KitKat all were a complete mystery until Google fully revealed and released each version.

Starting tomorrow at Google I/O 2014 things will change, and instead Google will offer a glimpse into the future of Android well ahead of the release date. What we can expect is a small look at many of the new design changes, features, and improvements, then Google will release Android 4.5 (or 5.0) Lollipop, Licorice, or whatever the L-themed dessert they decide on sometime in the fall. 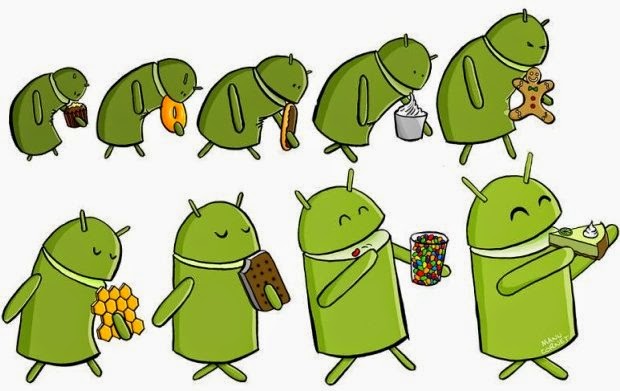 In the massive interview with Bloomberg Sundar Pichai talks about a lot of different things, and mentions we can expect to see plenty about Android Wear, but most consumers are simply excited about the next version of Android. Below is the short statement he made regarding Android L being shown off tomorrow.

I want the world to understand what we are doing sooner

Pichai wants to show the world where Android is headed rather than making everyone wait. We’ll get our very first taste and preview of the next update to Android at some point during the two-hour keynote that starts at 9AM, but that’s all we know thus far.

Following history the next version of Android will start with an “L” but the name is still a mystery. Last year Android 4.4 Key Lime Pie was all but confirmed by a Google employee himself after the photo above was revealed, but in the end Google decided on Android 4.4 KitKat. Meaning we won’t know until Google makes it official.

Most likely Google’s head of Android will take the stage tomorrow to talk about Android as a whole, where it’s headed, how it is changing, and give us a small preview. We don’t expect the L name to be revealed, but we’ll have to wait and see. Maybe they’ll call it Lemonhead, it’s hard to guess.

Google has plenty in store for its annual I/O developer event tomorrow, more than just Android. We’re expecting news regarding Google Glass, Android TV, Chrome OS, Project Tango (or Ara) and maybe even self-driving cars. There is a lot that goes on at Google I/O, and hopefully they’ll even tease a new Nexus 8 or HTC Nexus 9 tablet at the same time.
Each release has arrived with a new product at the same time. Android 4.1 Jelly Bean debuted with the original Nexus 7, Android 4.3 with the Nexus 7 in 2013, and Android 4.4 KitKat arrived with the Nexus 5. Most likely we can expect a teaser tomorrow of Android “L” which will be followed by a release in the fall, hopefully with the recently rumored next Nexus tablet.

@techfoogle
Previous Why You’ll Want A PS4 for Batman: Arkham Knight
Next Google’s Android L is here: And the L stands for…?