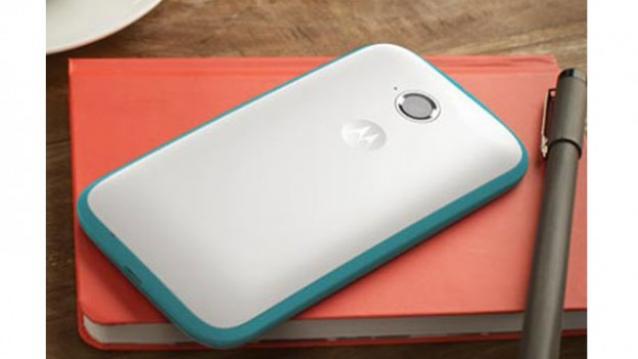 Motorola has sent out invites for its event slated for July 28. The company is expected to launch the rumoured third iterations of Moto G and Moto X.

The India invite reads, “A good friend will offer you their umbrella. A best friend will forever be ready to dance in the rain with you.” The other invites are also along the ‘relationship’ lines.
It looks like an invite for a new product, especially considering the leaks and rumours around the third-generation Moto G and Moto X.


It was just recently that Moto G third gen was accidentally listed on Flipkart. Apart from the fact that the 3rd Gen Moto G will come in the white colour with 8GB storage, there wasn’t much listed on the site. The model number of the listed Moto phone was AP3560AD1K8.

Leaks have suggested that the next generation of the Moto G will be a major upgrade over the 2nd gen Moto G. It is expected to come with a 5-inch or a 5.2-inch full HD display and it will be powered by a Qualcomm Snapdragon 610 SoC with 1.7GHz quad core processor paired with 2GB of RAM.

Considering the Moto X 2014 was launched alongside the second gen Moto G, there is also the possibility that Motorola is working on its successor that was previously rumoured to be launched in September.