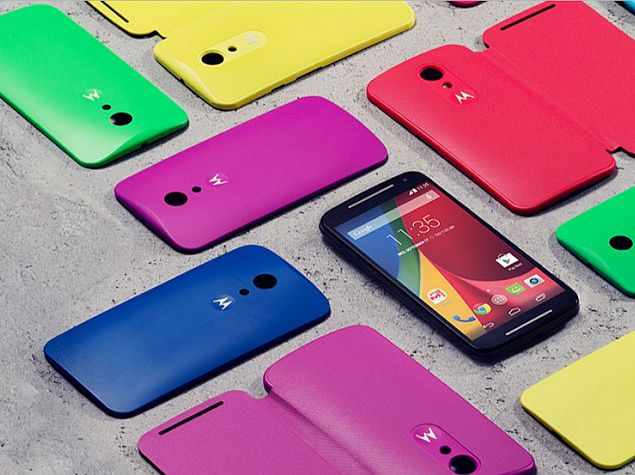 Motorola’s third-generation Moto G has allegedly been spotted in a hands-on video. The video also shows some purported specifications of the Moto G (Gen 3) via benchmark results.

The YouTube video has been posted by Antonio Inuso and is claimed to be from a prototype model. It shows the handset in full glory. The front of the Moto G (Gen 3) looks largely similar to the second-generation Moto G (seen above) while the changes are apparent on the rear.

The Moto G (Gen 3) is seen sporting a textured back panel and a LG-like strip near the rear camera. The sides also seem unchanged from the previous generation; though images hint that it might be slimmer. According to purported benchmark results seen in the video, the Moto G (Gen 3) will feature a 5-inch display. It is said to be powered by a Qualcomm Snapdragon 410 processor coupled with 1GB of RAM, which might be disappointing considering majority of smartphones launching around current Moto G price feature 2GB of RAM.

There is 8GB built-in storage and comes with microSD card slot support. The smartphone is likely to run Android 5.1.1 out-of-the-box. The video claimed that the Moto G (Gen 3) supports LTE – though this may just be a variant like with previous generations.


A recent report claimed that Motorola Mobility might launch new devices this summer. The report citing Lenovo’s Chairman and Chief Executive, Yang Yuanqing, suggested that the company was ready with “exciting products” to launch later this year while some products may launch “in summer.”