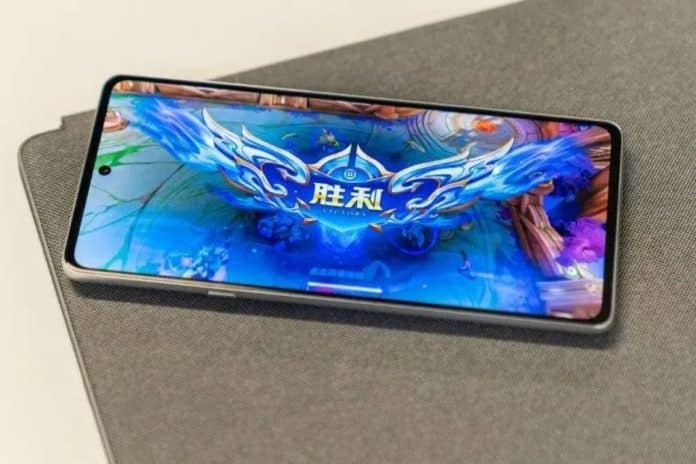 Here’s Your First Look at the Motorola Edge X30 in a New Official Image.

Later this week, Motorola will unveil the Edge X30 flagship, which will be the first phone in the world to feature Qualcomm’s newest Snapdragon 8 Gen 1 mobile platform. A company official posted the smartphone’s picture a few days before its introduction in China, exposing the device’s design. The Moto Edge X30 design is unveiled for the first time.

Take a look at the Motorola Edge X30 for the first time:

Chen Jin, the General Manager of Lenovo Mobile Business Group, showed the Edge X30’s front in a Weibo post (purportedly called the X30 Ultra for other markets). The smartphone features a punch-hole display with flat borders in the middle. In the image above, you can also see a dedicated Google Assistant button, which is a Motorola-only feature.

A few specifics about the Edge X30’s display have also been verified by the company. The phone will offer a 144Hz refresh rate and HDR10+ with 10-bit colour management, according to another Weibo post. It’ll most likely be a 6.7-inch panel.

The handsets’ backs are yet unknown, but we may assume a rectangular camera bump with three large camera housings, similar to the existing Motorola Edge 20 phones with minor differences.

In terms of specifications, the smartphone is reported to be powered by a Snapdragon 8 Gen 1 CPU, with up to 12GB of RAM and 256GB of storage. It may have three back cameras: a 50MP main camera, a 50MP ultra-wide camera, and a 2MP macro camera. The selfie camera, which is believed to feature a 60MP sensor, might be one of the Moto Edge X30’s highlights. A 5,000mAh battery with 68.5W rapid charging may power the phone. It is most likely to run a near-stock version of Android 12.

The Motorola Edge X30 will be released in China on December 9 and will be available for purchase on December 15. Because not all of the device’s specifications are revealed, we’ll have to wait until the debut date to have a better understanding. As a result, stay tuned for additional details.