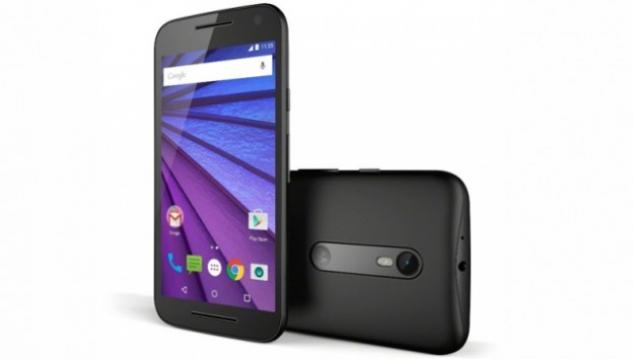 Motorola launched its 3rd generation Moto G at an event in New Delhi on 28 July. Although we were expecting many more devices to be launched in India, it was only later in the day with events across New York City, London and Sao Paolo, that Motorola released the third gen Moto X in two variants – Moto X Play and Moto X Style. Moto G has always had a certain pull factor considering it was the first phones two years go, that set the ball rolling for affordable well specced handsets. We had a chance to play around with the device, and here are our first impressions. 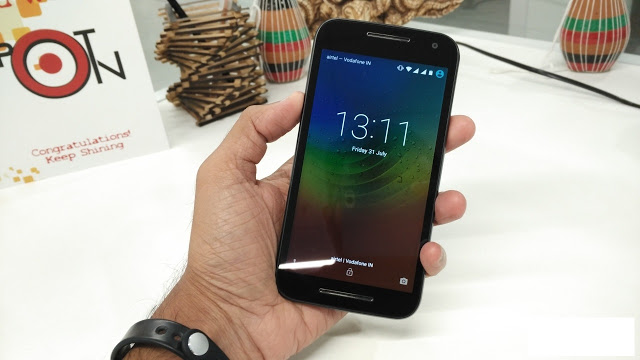 Motorola has made minor changes in design in the front and a significant one behind. On the front, in place of the metallic grille which stood out on the earpiece speaker and base, you now have two depressions. The bezel on the top and bottom certainly looks thicker for a 5-inch phone.

Power/standby and volume rocker button is located on the right-hand side. On the top you have the 3.5mm audio jack in the centre and the base has the microUSB port for charging and data transfer. Corning Gorilla Glass 3 protection on the display is a plus.

On the rear side is where you will see major design language changes. For starters, the removable rear-cover is textured and gives a good grip. There is a single silver-gray column which has the 13MP rear camera at the top, followed by the dual LED flash unit below it and at the base you have the dip which has the Motorola logo.


While it looks great, you need to ensure that you have locked the rear cover properly, after removing it. Considering the phone comes with an IPx7 certification for water resistance, you don’t want to have any gaps between the column on the rear side and the rear cover, due to faulty cover closing. On opening the rear cover, you are presented with a completely sealed phone with just slots for SIM cards and the microSD card on the top portion.

Motorola has gone with the same 5-inch HD display that was seen on the Moto G (2nd generation) along with the Corning Gorilla Glass 3 protection. The display looks decently well and only on very close observation will you notice pixellation. But holding at an arms distance, the display is quite crisp. It comes with the Corning Gorilla Glass 3 protection, just like its predecessor. There are two cuts – on the top for the earpiece speaker and the base for the audio speaker. Overall a pleasant display without any noticeable colour tinge. 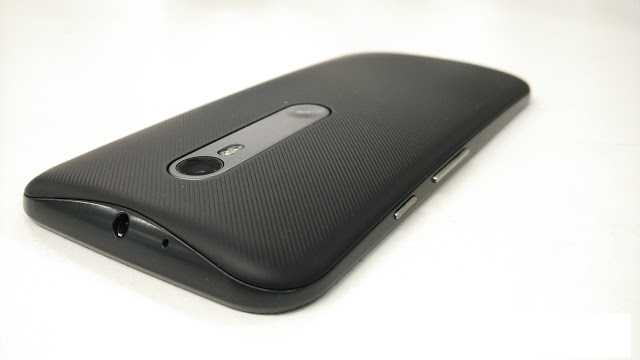 While on paper it is the same chipset as the entry level Moto E, Motorola has bumped up the speed on the Cortex A53 processor. As a result the operation of the phone was quite smooth. Add the fact that you get a clean stock Android OS, and there was no slowdown of the device as such while browsing, switching applications and other tasks. However, we will have to run benchmarks and use it in real world use case scenarios, to see if the phone is consistently better than other Snapdragon 410 chipset sporting handsets.

The Motorola Moto G comes with Android 5.1.1 and like the previous iterations, there is no skin atop this OS. Motorola does have its proprietary features such as Moto Display, Quick Capture and Chop Twice. Moto Display lights up only that portion of the display that is needed, Quick capture lets you shoot a quick photograph by just flicking your wrist and activating the camera. Chop Twice is a new feature which has been introduced with this phone and it basically lets you activate the torch light by making a chopping gesture – this is quite a nifty gesture to activate torchlight.

The Moto G 3rd gen is a dual-SIM phone and supports 4G SIM cards as well. It supports Wi-fi 802.11 a/b/g/n, Bluetooth 4.0, GPS with A-GPS, GLONASS along with the regular set of sensors such as accelerometer and proximity sensor. 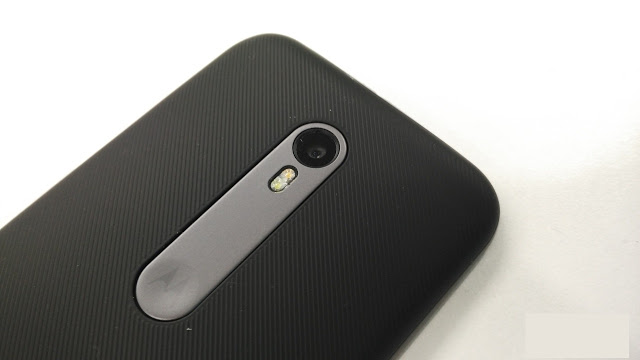 This is one area that has been improved with a 13MP rear camera with an f/2.0 aperture and a 5MP front camera. The 2nd gen Moto G had an 8MP rear camera and 2MP front camera – which was good enough for a budget phone at the time. Apart from boosting the megapixel count (mind you that does not immediately equate to a better image quality) the phone comes with a dual-tone LED flash unit.

The focus and exposure ring adjustments have also got a boost once you turn on the camera. We will need to test this camera and see how it performs vis-a-vis the Xiaomi Mi 4i camera. 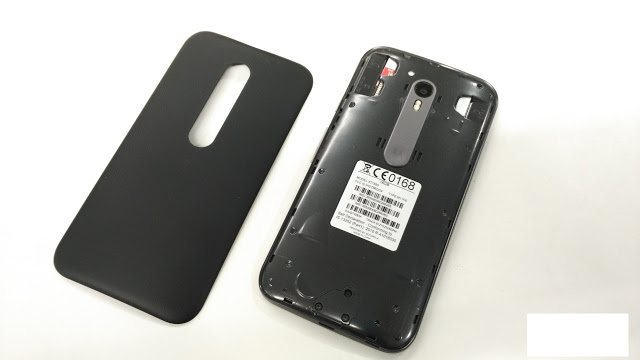 The 3rd gen Moto G comes with a 2,470mAh non-removable battery which is a big bump from the 2070mAh battery we had seen with the Moto G (2nd gen). While on paper that is impressive we will need to run real life tests on it to see how it performs.

Motorola Moto G (3rd gen) has a good feature set overall. But the presence of a Qualcomm Snapdragon 410 SoC, which is also seen on its entry level phone Moto E, may be a deterrent to some.

But we can only give a complete verdict on the performance after using it in the real world. In terms of camera, battery, OS experience, the Moto G certainly has the goods. But the price point it will be selling at – Rs 11,999 for 1GB RAM/8GB storage and Rs 12,999 for 2GB RAM/16GB storage – is flooded with phones and some of them with impressive overall performances as well. Will the Moto G be able to keep up and do an encore of its first outing? We will have to wait a while to find that out. 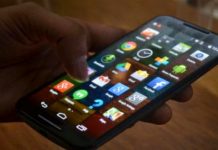 The all new Motorola Moto G (Gen 3) accidentally listed on...