Moto 360 first impressions: Is the smartwatch worth the hype? 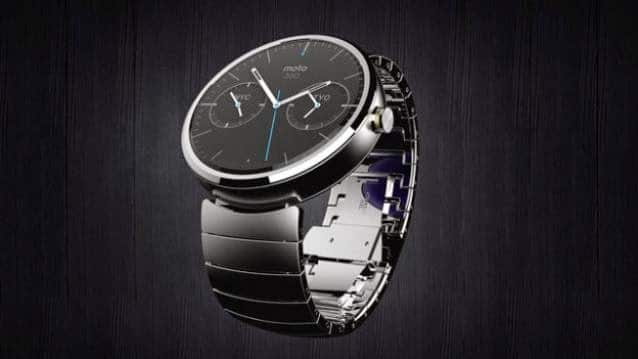 Smartwatches have been around for a year now and we are seeing new designs every couple of months. These are touted as the next big thing in wearable computing. Most research firms expect smart wearable shipments to go up this year and from Google to Apple nobody wants to be left behind. In fact, if rumour mills are to be believed, Apple’s iWatch will also sport an NFC chip and function as an on-go digital wallet.   It’s no wonder that everyone is launching a smartwatch and the latest entrant with a smart wearable is Motorola. The Moto 360 smartwatch which runs on Android Wear is finally here and yes everyone is excited. Where Android Wear is concerned, this is definitely one of the most eagerly awaited devices. The fact that it actually looks like a regular watch with its round dial, adds to its appeal. So it was a little disappointing when Motorola said that the watch would officially launch in India by the end of the month and that the price would be revealed then.   So what’s the Moto 360 smartwatch like? 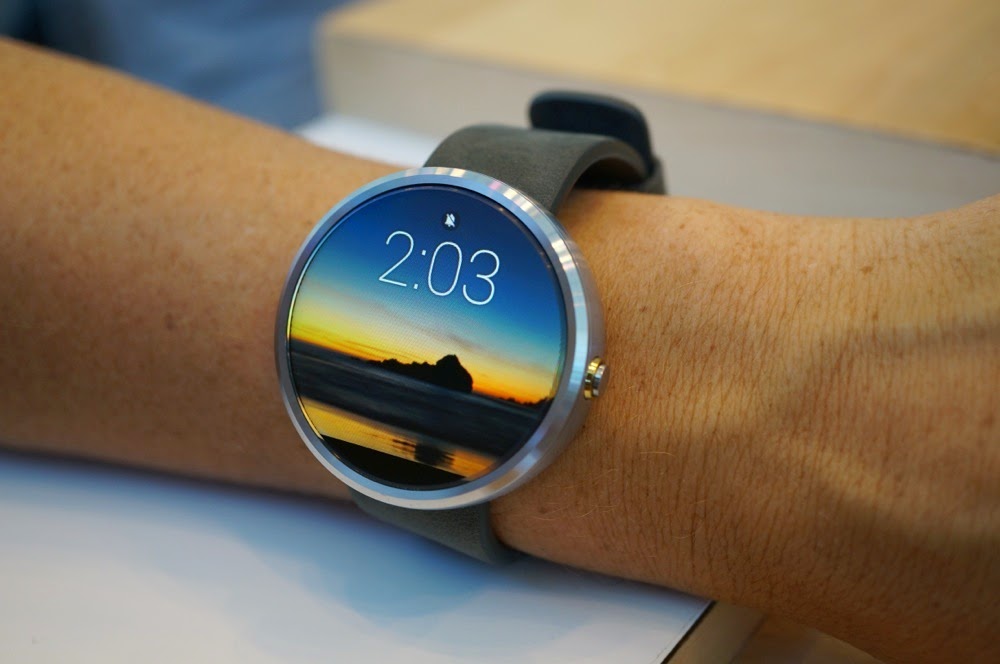 The Moto 360 may look a bit large on slender wrists

Design, Screen: Clearly this isn’t a watch for those of you with slender wrists. For someone like myself, it just looks ridiculous, like I stole my grandfather’s watch and am trying to pass it off as my own. But after looking at the Samsung Gear S which has a 2-inch curved Super AMOLED display, the Moto 360 dosen’t seem all that big. As far as screen-size goes, it’s a got a 1.56-inch backlit display and comes with a 320 x 290 resolution which comes to 205ppi. Unlike most smartwatches we have seen so far, the Moto 360 has a circular display, well almost. It also gets a layer of Corning Gorilla Glass 3. And it’s made of a stainless steel and has a genuine leather strap.   It feels like a premium smartwatch and that’s definitely a massive point in the Moto 360′s favour. Also the round design tends to blur the whole smartwatch vs actual watch boundary. 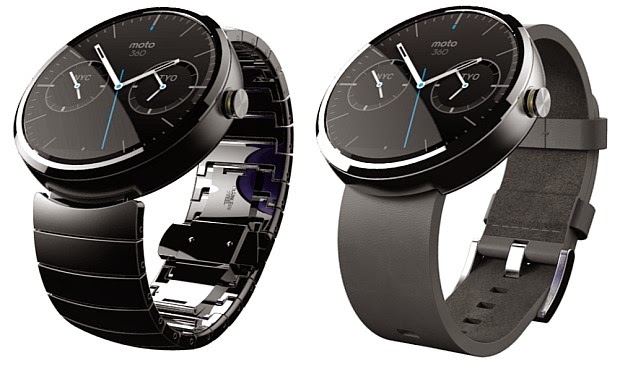 Specifications: It is powered by the TI OMAP 3 processor coupled with 512MB RAM. It also gets 4GB internal memory. For tracking activities, it is fitted with a pedometer and optical heart rate monitor (PPG). The IP67-certified Moto 360 is water-resistant and also supports wireless charging. Users can connect it with any Android 4.3 and above smartphone via bluetooth.   The only problem was that in the demo zone, the Moto 360 watch was a dummy one, meaning we couldn’t actually test out any of the actual functions of the watch on our own other than see what the watch was capable of doing. 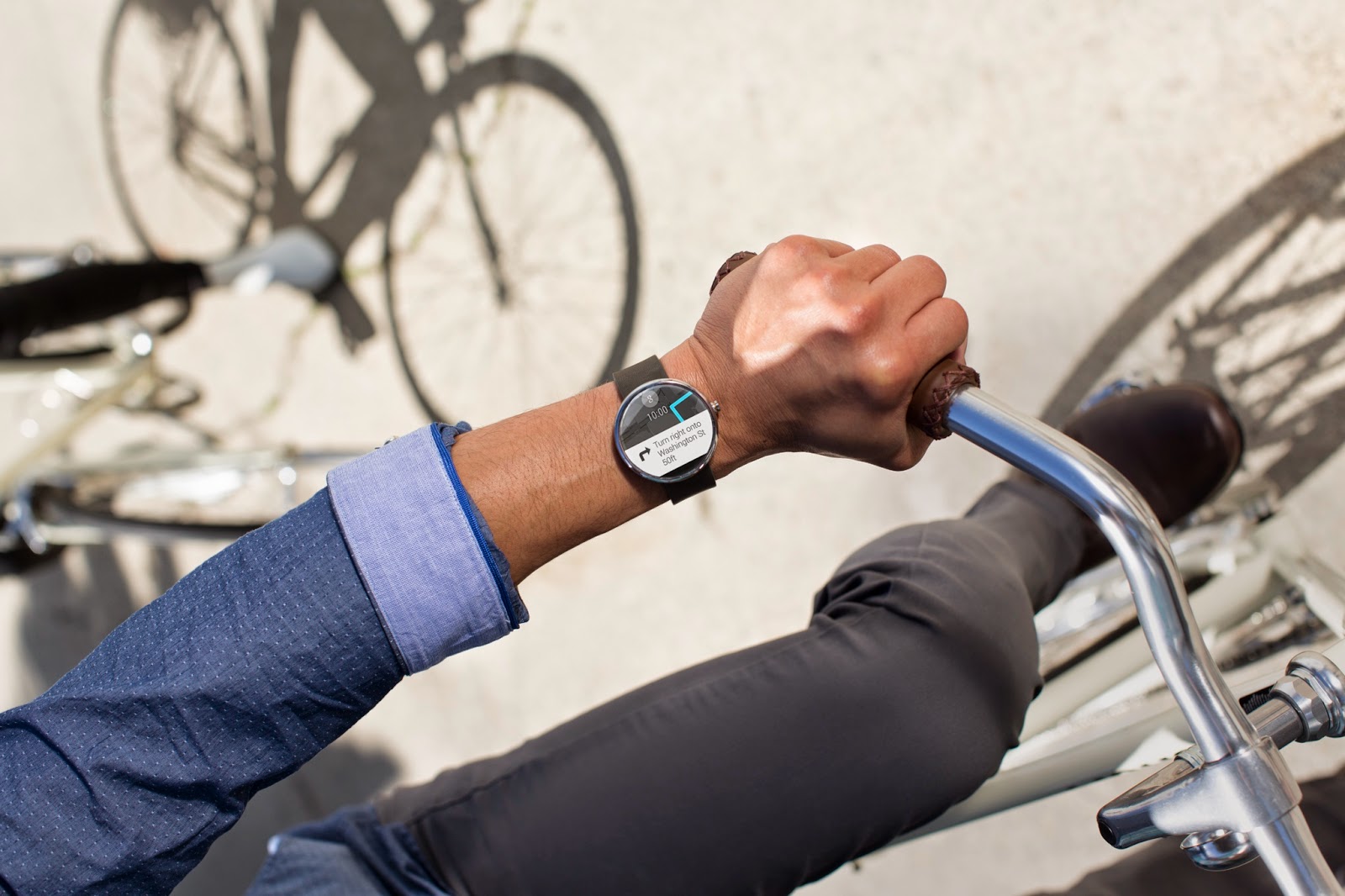 Android Wear: Moto 360 runs on Android Wear and some of the features that we could see include fitness, the ability to play music on the smartphone, get notifications, reply to text messages or notifications, pedometer (which showed the number of steps taken), travel alerts and so on. Thanks to the Android Wear integration, Google Now comes on by default giving you notifications even before you ask for them based on your location, time and usage pattern; just like on your smartphone.   When we did get to see a demonstration of the watch, it actually looks a lot more interesting. For instance the number of watch faces is quite interesting and makes sure that your Moto 360 will be never be boring. There are also apps which can show the heart beat, calories burnt, take notes on the phone via Google Now, etc.   It’s clear from the small demonstration that the Moto 360 can offer a lot to those who don’t want to constantly whip out their smartphone. But a lot will depend on the battery life of this device given that it will require Bluetooth LE connectivity as well. 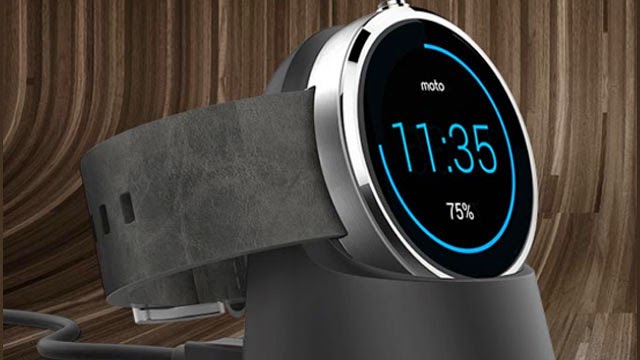 Conclusion: In the US, the smartwatch is priced at $249 which is a little over Rs 15,000 when converted. If Motorola sticks to this pricing then it will mean that the Moto 360 costs the same as the LG G Watch R and Samsung Gear Live watches which also run on Android Wear. If Moto 360 is priced lower, then it could have a big advantage. Overall, we can’t deny that it’s an impressive design, despite the bulky size. Of course, it’s success in India will depend on the growth of the smart wear section (which hasn’t been that great) and the pricing.