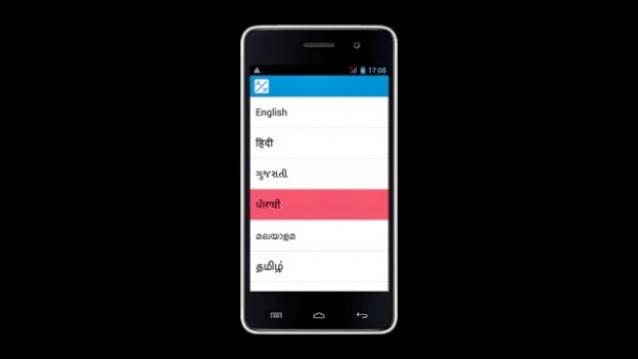 Indian technology start-up MoFirst has plans to launch regional-language based smartphones, whose patent technology allow users to change languages with just a swipe, across India by March 2015.

“Language is one of biggest barriers thats prevents people from using mobile phone functions exhaustively. We have launched and tested response to smartphones that supports Gujarati language. By March 2015, we will launch phones for all regional languages,” MoFirst Solutions Co-founder and CEO Rakesh Deshmukh told PTI.

The company, founded in December 2008, has developed smartphones under brand name Firstouch in which it has installed its patent technology of translation and transliteration from English to regional language and vice-versa.

“Our swipe technology helps customer to communicate in regional as well as in English even if they don’t know one of these languages. A message typed in regional language can be translated to English by swiping finger left to right and transliterated by swiping finger right to left,” Deshmukh said.

He said that customers have the option to keep all menu of the phones in regional language and even application store.

The company has plans to launch Firstouch phones in Hindi and Marathi language in July, Tamil, Telegu and Bengali by September, Kannada and Malayalam by November and rest of the regional languages by March 2015.