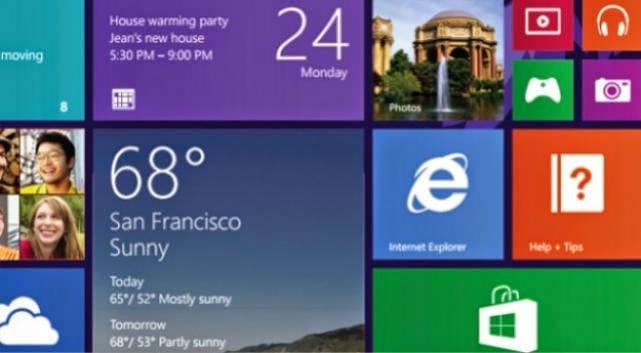 Along side the Windows Phone 8.1 update, Microsoft announced some new features for Windows 8.1 too. It promises to make Windows 8 more user friendly, especially for those who still prefer using a keyboard and mouse. While Windows 8.1 has officially been rolled out to manufacturers and is available as an update, these new features will make it to the OS at a later date.

Microsoft says it paid heed to user feedback, and has decided to simplify several attributes of the OS that may have been confusing for first-time users. Here are five features that really stand out.

Revamped Start Screen
Firstly, PC users will now find that their machine can boot to the desktop screen directly, instead of the entering the Modern UI Start Screen. However, tablets will still boot to the tiled UI. Basically, it gives the power to OEMs to decide which devices get which start profiles.

The Start Menu will also be making a comeback with this update, and we are glad to see that a power button is on the Start Screen. The Start Menu will combine elements from Microsoft’s familiar old menu and the Live Tiles, a for a new-look hybrid UI. This could be a relief to many users, especially elderly users who may have found it tedious to look for the shutdown button under the Charms menu. 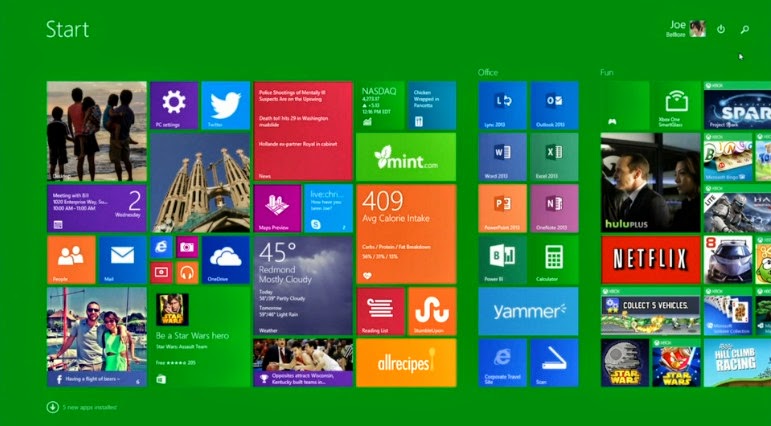 New tiles and a power button up top!


Internet Explorer 11
The IE 11 has been updated to fix some compatibility issues. It is now available for Windows 8.1, Windows 7 and also come to Windows Phone 8.1 once it rolls out. It will now to the user’s browsing experience by detecting the Windows device and input type by adjusting the number of on screen tabs, size of the fonts and so on. For enterprise users, IE can automatically switch to legacy or modern mode to provide the right environment for all kinds of sites. Users can also choose to hide the browser for full-screen browsing. Microsoft has integrated some Cortana features in IE11, with some of your latest alerts from Cortana showing up within the browser when you first open it. The alerts are displayed in a row along the bottom.

Taskbar in Modern UI
Power users will be glad to know that Microsoft is bringing back the taskbar even within the Live Tiles UI. This would make it simpler to switch between apps on the desktop and Modern UI with just a single click to the taskbar. Moreover, users can now pin Windows 8 apps to the taskbar and can even minimise and close it using the traditional icons on the top right corner. The taskbar auto-hides in typical Windows fashion and is accessible from within Modern apps, as well as the Live Tile UI. 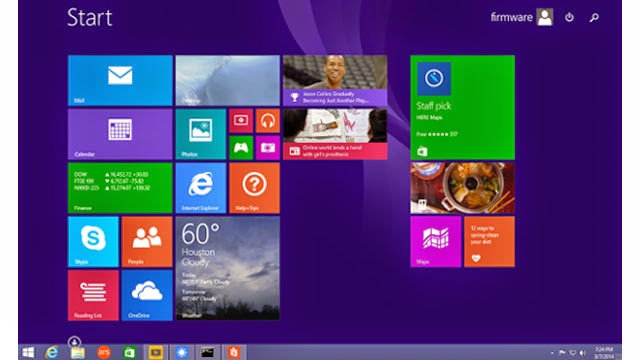 Better support for mouse and keyboard
Windows 8 came across an apt operating system for touchscreen tablets, but the new update now makes it more user friendly for mouse and keyboard users. The new update brings Windows Store apps with title bars which includes a minimize button that pushes the app in the background and also a close button to terminate the app. A PC settings tile is also included in the Start Menu, so that you don’t have hover on the right hand side waiting for the Charms menu to open up. Now you can change settings even faster.
The update also brings windowed mode for Modern UI apps. So users can open each app in a window, and move to the next app, without the need to completely minimise the current app and going back to the desktop screen.