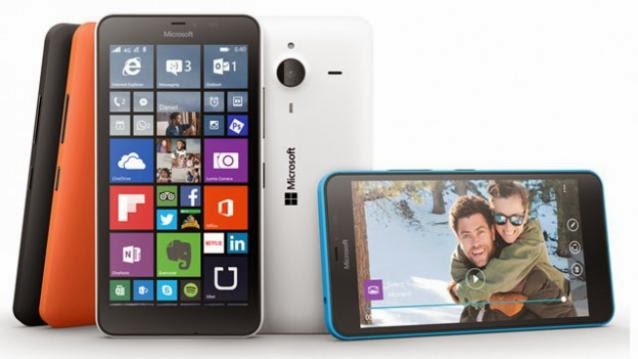 Microsoft unveiled Lumia 640 and Lumia 640 XL smartphones at MWC last month and is now ready to launch them in India. The company has reportedly sent out media invites for a launch event on April 7. The invite sports the tagline – ‘Inspiration doesn’t only work 9 to 5!’ with an image which appears to be similar to the Lumia 640 or the Lumia 640 XL.

The Lumia 640 comes across as an upgarde to the Lumia 635, the company’s low-end LTE smartphone. Sporting a 5-inch HD display, it packs in an 8-megapixel rear snapper with LED flash and a 1-megapixel front-facing camera. There’s an option for dual-SIM card slots. It is powered by a 1.2GHz quad-core Qualcomm Snapdragon processor, coupled with 1GB of RAM. It has a 2,500 mAh battery.

The slightly higher-end Lumia 640 XL comes with a 5.7-inch display with a layer of Corning Gorilla Glass 3, a 13-megapixel camera with Zeiss optics and a 5-megapixel front-facing camera. The processor and RAM is the same as the regular-sized Lumia 630. A bigger 3,000mAh battery completes the package.

Both devices run Windows Phone 8.1 and also gets the Lumia Denim update, offering features such as Live Folders, one-swipe Action Center and Word Flow. On the storage front, the new Lumia devices get 8GB onboard storage that is expandable up to 128GB via microSD card slot. In addition, there’s also gets 30 GB of free space on OneDrive.

According to a report by Windows Central, Microsoft plans to sell the new devices on e-commerce website Flipkart. The report also added that Flipkart has listed that the device, Lumia 640, would be included in its April commission payouts under the exclusive category, which means that at least online, the device will be exclusively sold via the e-retailer. Though there is no information provided for the Lumia 640 XL, it is believed that Microsoft will launch both devices simultaneously in India. We will find out on April 7.