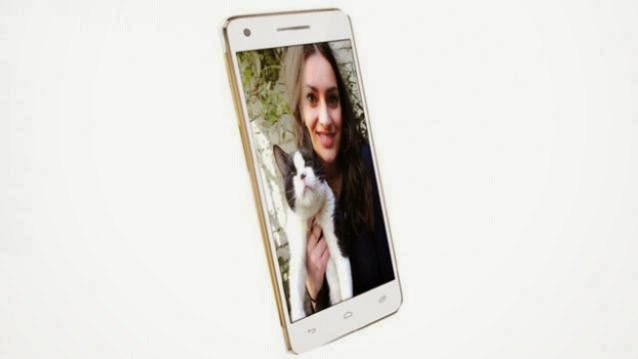 A new smartphone from Micromax dubbed the Canvas 4 Plus has now surfaced online for Rs 16,999. The company is expected to officially announce the device soon, and Infibeam has already listed it for Rs 16,999, after a 15 percent discount on a MRP that has been listed at Rs 19,999. Only the white-gold variant is in stock and it will be shipped in 24 hours.

The Canvas 4 Plus sports a 5-inch HD AMOLED display and runs Android 4.4.2 Kiktat. There is no word if it will be upgradeable to the upcoming Android L. Under the hood, it comes powered by a 1.7GHz octa-core MediaTek processor and 1 GB RAM. The 16GB onboard storage is expandable using a microSD card. Some more features of the smartphone include 13-megapixel rear camera, 5-megapixel front camera, and Dual SIM capability.

Besides, the company’s recently launched Canvas Nitro that was said to be a Snapdeal-exclusive priced at Rs 12,999 is now selling for slightly lower priced on other e-stores too. Wondering what made Micromax change its mind? The Canvas Nitro is now selling on eBay for Rs 11,697 and Flipkart is selling it for Rs 12,699.

In terms of specs, the Nitro A310 sports a 5-inch HD 720p IPS display with oleophobic coating. It comes powered by a MediaTek octa-core smartphone clocked at 1.7GHz and coupled with 2GB of RAM. The dual-SIM smartphone is designed with the faux leather back just like Samsung’s Galaxy smartphones.
On the camera front, it gets a 13-megapixel rear camera with LED flash and a 5-megapixel front camera. It comes with support for 3G, Wi-Fi and Bluetooth. One can also expect support for accelerometer, ambient light, and proximity sensors.

The 8GB onboard storage is expandable via a microSD card slot. All of this is fuelled by a 2,500mAh battery, which promises to deliver up to 10 hours of talk time and 320 hours of standby time.