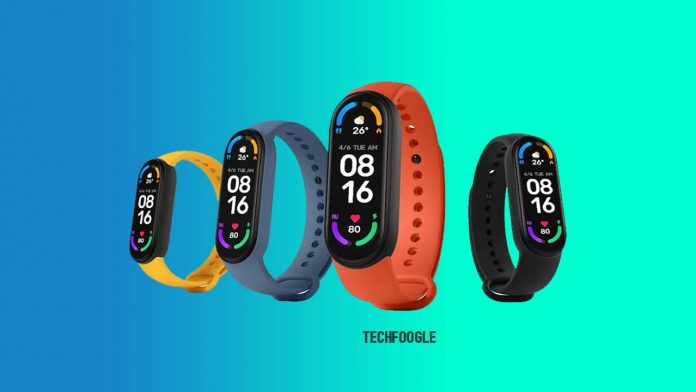 Xiaomi Mi Smart Band 6 is now available in India, with a larger AMOLED touch display and a 14-day battery life.

On Thursday, Xiaomi announced the Mi Smart Band 6 in India during the company’s Smarter Living 2022 virtual event. The new fitness band is the successor to Xiaomi’s Mi Smart Band 5, which was released last year. The Mi Smart Band 6 has a larger AMOLED touch display than its predecessor, with about 50% more screen area. Xiaomi has also included health monitoring functions such as heart rate monitoring, SpO2 (peripheral capillary oxygen saturation) measuring, and sleep tracking in the Mi Smart Band 6.

The pricing of the Mi Smart Band 6 in India, as well as it’s availability, are shown below.

The Mi Smart Band 6 is priced at Rs. 3,499 in India. From August 30, the band will be available for purchase on Amazon, Mi.com, and Mi Home shops. Customers may choose from three different wrist strap colors, including Blue, Light Green, Maroon, and Orange. It comes with a Black wrist strap by default. Existing Mi Band customers can get a Rs. 500 discount on the Mi Band 6 if they upgrade.

Specifications for the Mi Smart Band 6

The Mi Smart Band 6 includes a full-screen AMOLED touch display with a resolution of 152×486 pixels with a peak brightness of 450 nits and a pixel density of 326ppi. When compared to the Mi Smart Band 5’s 1.1-inch AMOLED display, the screen is larger. To give a personalized experience, Xiaomi has included a variety of themes and over 80 customizable band faces. The Mi Smart Band 6 also functions as a fitness tracker, tracking a total of 30 workout kinds with its built-in sensors. Indoor exercises like stretching, professional sports like cricket and gymnastics, and hobbies like Zumba are among them.

The Mi Smart Band 6 employs its built-in array of sensors to track heart rate monitoring and sleep, just like other fitness tracking bracelets. You’ll gain an improved sleep monitoring feature that tracks naps, sleep cycles, including rapid eye movement (REM), and the quality of your sleep breathing. There’s also support for measuring SpO2. It’s worth noting, however, that the Mi Smart Band 6 lacks regulatory clearance to be used as medical equipment.

The Mi Smart Band 6 is said to last up to 14 days on a single charge, according to Xiaomi. The band is water-resistant to 5 ATMs and has a magnetic charging port for easy clip-on and clip-off. When linked to a compatible phone, it can also provide call and message notification alerts, as well as music control and camera remote shutter.