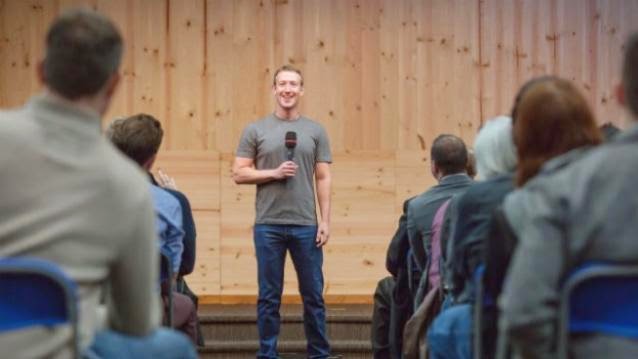 While Airtel created ripples with its Zero platform that led to the Net Neutrality debate, we know it isn’t the only platform capable of destroying the way we use the Internet today.
Facebook’s Internet.org, was launched in India a few months ago in partnership with Reliance Communications, and while it went relatively uncommented on at the time, the furore over the Airtel platform has also brought it back into the spotlight and not in a good way.

Critics have now focused attention on the initiative, terming it as an attempt to restrict ‘free’ Internet access to select platforms and against the ‘net neutrality’ regime.

While massive outrage led Airtel’s partner Flipkart to walk out of the partnership, the telco has no plans to ditch its new Zero platform and believes it is just an open marketing platform and not a tactic that discriminates against users.

While Airtel clearly called it a marketing platform, Facebook founder Mark Zuckerberg calls his pet project Internet.org  a way to help bring the world (especially emerging markets with remote areas without Internet access) online. Besides India, Internet.org has also been launched in other emerging countries like Colombia, Zambia, Tanzania, Kenya and Ghana. The stated objective is to help developing countries overcome challenges ranging from infrastructure to affordability to help large tracts of their populations gain access to the Internet.

But although the idea may be noble, the way Internet.org is actually executed is not really all that noble.

Firstpost carried out a hands on with the Internet.org website, when it was launched in India and highlighted a number of worrying factors.

Under the social media section for instance, we were only able to access Facebook, while other social media services such as Twitter or Google+ were left out. Even within Facebook, you could only read status messages, like and comment. If you wanted to view photographs on Facebook, you were prompted to buy one of the many plans offered by Reliance Communications. The very concept of having a limited number of partners or web services, immediately puts competing services or apps at a disadvantage.

In India, the ongoing net neutrality debate and massive public outrage has made many take sides, and some big names like NDTV, Cleartrip and some properties of Times Group have decided to part ways with Internet.org as a result. While Ghana or Zambia may not have witnessed the outrage seen in India, many have been quite vocal about how Facebook’s philanthropic act is also about shrewd business.

“There were signs last year Facebook was increasingly looking at Africa, with the launch of the Internet.org app in Zambia and Kenya, but the social network has really ramped up its activity in 2015. Firstly, the company launched Facebook Lite in a handful of African and Asian markets, a simplified version of its mobile website designed for bottom-of-the-line and dated Android. Just 252KB in size and aimed at users on 2G, Lite has been rolled out as a pilot in Nigeria, South Africa, Sudan and Zimbabwe,” points out a report by TheNextWeb.

100s of million of Indian users using Internet,org will equate Internet with Facebook, like in Africa, is that what we want? #ZuckerbergToHT
— MediaWizard (@mwzd) April 16, 2015

Africa had 16 percent Internet penetration and 67 million smartphones in 2013, which is expected to increase to 50 percent by 2025 and an estimated 360 million smartphones on the continent by then, which is double the number in the United States a Mckinsey Consultants data shows, according to a report by Reuters.

“This growth is attracting interest from Internet companies such as Google, Facebook and Wikipedia, which are striking deals with service providers such as Vodacom, MTNL, Bharti Airtel and Safaricom to offer users free, or ‘zero-rated’ access to their sites and services,” adds the report.

Zuckerberg wants to get people from Zambia to Ghana online (and on Facebook) #MWC15 @GoDigitalPA http://t.co/R9NYj8MxAX via @DigitalTrends
— Mark Skilton (@mskilton) March 3, 2015

Defending his dream of bringing the world online (and on Facebook), Zuckerberg recently said that programs like Internet.org are important and can co-exist with net neutrality. “For people who are not on the internet though, having some connectivity and some ability to share is always much better than having no ability to connect and share at all,” he added.

Earlier this year at the Mobile World Congress, Zuckerberg was seen trying hard to make peace with telcos, but not everyone seemed happy. Vodafone chief Vittorio Colao was quoted as saying that Internet.org wasn’t fair. “It is almost like Zuckerberg does philanthrophy, but with my money,” he said. Considering Facebook hasn’t partnered with Vodafone, it is not clear what Colao meant when he said ‘with my money’. One can only assume he was referring to the potential loss of customers who may be opting for free internet.org over Vodafone data plans.

Airtel’s Sunil Mittal was also said to have had dinner with Zuckerberg, but had not been impressed with the Facebook founder’s idea of offering free internet calls. This is quite interesting, considering Airtel is the telco Facebook has partnered with in Zambia for internet.org.

Now, we know why, the company had its own Zero program in the pipeline.
Zuckerberg believes that Internet.org will help carve out new job opportunities, better health care and so on in emerging nations. While this may be true to some extent, in no way does it look like all philanthropy and no profit.

A Forbes report points out, “He might have a point: in Zambia, for example, the Asikana Network, a women’s rights non-profit, is using the Internet.org infrastructure to help women learn about their legal rights through a dedicated app. The verdict is still out, but it’s very much likely that in the end, the benefits of the initiative will largely outshine its darker sides. Only, do not call it “philanthropy”. Philanthropy is, or should be, unselfish. Facebook, by its own admission, is also looking for new markets.”