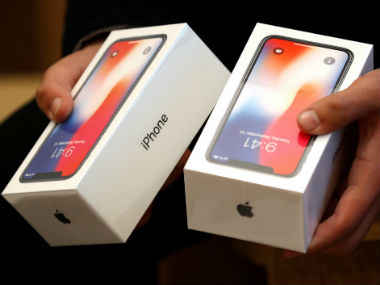 Apple iPhone X was officially launched in India on 3 November. The excitement around the redesigned 10th anniversary edition iPhone is palpable.

In the latest report by the ABP Live, the Air Intelligence Unit (AIU) of Mumbai’s Chhatrapati Shivaji International Airport has seized 11 units of iPhone X.

The AIU had detained Bhavesh Ravjibhai Virani on Sunday. He was travelling from Hong Kong to India and was found with iPhone X units worth Rs 10,57,388 collectively.

According to the report, the Mumbai customs officials are yet to find the reason for carrying eleven units of smartphones. And a case has been registered under his name.

The phone holds special importance as it is Apple’s tenth-anniversary edition iPhone. It comes with a Face ID feature which helps in unlocking the phone via face recognition. Secondly, its edge to edge display has made the use of a home button completely obsolete. There are new gestures to interact with the iPhone X.

The iPhone X houses an Apple A11 Bionic chip which comes with a 64-bit architecture. Moreover, it also comes with neural functions paving way for augmented reality. It also comes with water and dust resistance. With a glass back it is supported by wireless charging.

Along with iPhone X, it was also the launch of iOS 11.

In Mumbai, the hype was such that people were waiting as early as 2 pm to buy the phone. After a lukewarm response received by the iPhone 8 and iPhone 8 plus, many were pinning their hopes on iPhone X. Setting criticism aside by various analysts, the iPhone X has received its due where people were found globally camping around Apple Stores.