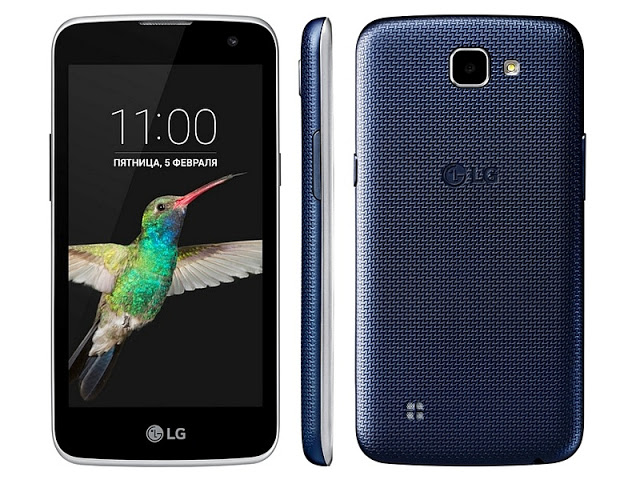 LG earlier this month officially announced its budget K4 smartphone but did not reveal its features and specification details. The South Korean tech giant has now finally listed the handset on the Russian website with all the information except the price and availability details.

The smartphone bears a 5-megapixel rear camera with LED flash, along with a 2-megapixel front-facing camera for video chats. The LG K4 also houses 8GB of inbuilt storage, which can be expanded via a microSD card (up to 32GB). On the connectivity front, the 4G LTE-enabled K4 supports Wi-Fi 802.11 b/g/n, Wi-Fi Direct, Bluetooth v4.1, FM Radio, A-GPS, and Micro USB 2.0.

Measuring 131.9×66.7×8.9mm, the LG K4 weighs 120 grams and is backed by a 1940mAh battery. It will be available in Indigo Blue and White colour variants. As for the design, the smartphone features a textured plastic back with power and volume buttons on the right and left side respectively.

At the sidelines of CES 2016, LG revealed the K7 and the K10 smartphones. The company later announced its complete line up of K-Series smartphones, which additionally included the LG K4, LG K5 and the LG K8. LG, while launching the K Series smartphone earlier this month, said the new lineup succeeds its L-Series. The South Korean tech giant touted the smartphone duo’s glossy pebble design, their photography capabilities, as well as the ‘premium UX’ features borrowed from higher-end devices.