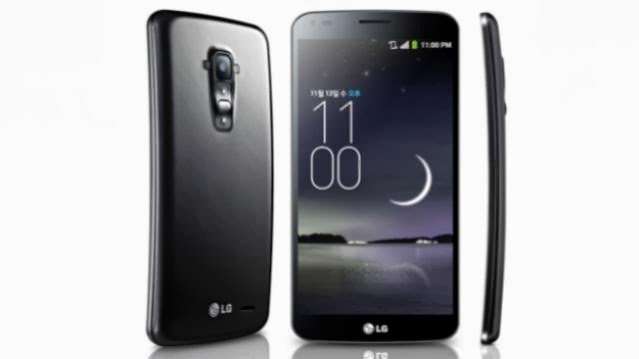 Finally, LG has officially launched its G Flex with a curved display in India. The smartphone is expected to be made available this month for a price of Rs 69,999. Earlier this week, it was spotted online sporting a similar price tag. At that price, the G Flex is quite easily the most expensive Android phone in the market and if it weren’t for the 64GB iPhone 5s (priced at around Rs 73,000), the G Flex would be the most expensive smartphone overall as well.

LG had announced its first smartphone with curved display for the Indian market late last year. While LG India told reporters then that the price would be between Rs 60,000 and Rs 65,000, the current listing puts it at just 10 bucks short of Rs 70,000. Let’s quickly brush through some of its specs. The USP of the device is obviously its 6-inch 720p Plastic OLED (POLED) curved display. The design is vertical oriented as the phone is curved on the horizontal axis. Under the hood, the smartphone comes powered by a quad-core Snapdragon 800 processor (MSM8974), clocked at 2.26 GHz and coupled with 2GB of RAM.

On connectivity front, the device supports Wi-Fi, Bluetooth 4.0 and USB 3.0. It is also fitted with a 13-megapixel rear camera and 2.1-megapixel front-facing camera. The G Flex runs the older Android Jelly Bean 4.2.2 version, with LG’s customisations on top.

One of the highlights of the device is the “self healing” protective film for the back panel. LG claims that the phone can heal itself against minor scratches and bumps. It is claimed that the special protective film on the back cover will ensure that the hairline scratches disappear within minutes. Apart from the new “healing” feature, LG has also added a host of features to take advantage of the curved screen. A feature called QTheater lets users quickly access photos, videos and YouTube directly from the lockscreen just by dragging outwards along the curved surface with both fingers. It creates a theatre curtain effect before introducing the content.

Users will also find the “dual window” mode that allows better multitasking. There’s also a “swing-lock screen” that keeps changing the device’s wallpaper depending on how the phone is held in your hands. Now that the price is out, it is clearly targeted at premium users. It should be noted that the full-HD LG G2, perhaps the best LG phone yet, is selling for half the price.