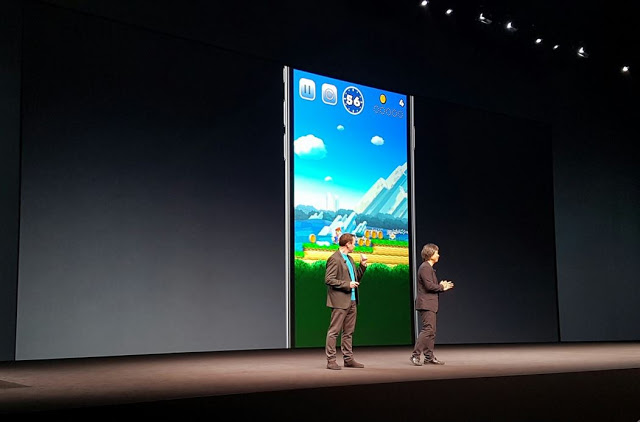 Shares of Nintendo Co surged as much as 18 percent on Thursday, propelled by a surprise announcement at Apple Inc’s iPhone launch event of the debut of the Japanese firm’s popular game franchise Super Mario Bros on the iPhone. Investors are betting the new game, Super Mario Run, will be another mobile hit for the Japanese company akin to the wildly popular Pokemon GO, as it moves away from its console-focused strategy and embraces on-the-go gaming.

“Launching a well-known Nintendo character on the globally penetrated iPhone is one of the best scenarios that investors have hoped for,” Tomoaki Kawasaki, an analyst at Iwai Cosmo Securities, said. Nintendo said it would launch the game initially on Apple’s App Store in December. The Kyoto-based firm with a market capitalization of $40.5 billion did not say when it would be available for Android devices. Nintendo shares ended the morning session up 13.2 percent at their highest since late July, adding $6 billion to the company’s market value. The broader TOPIX index edged down.

Shigeru Miyamoto, the creator of the puppet-inspired Super Mario, gave a demonstration of the game at Apple’s annual iPhone release event on Wednesday. As games such as Candy Crush Saga and Angry Birds captured the casual gaming population and Nintendo’s console sales struggled, investors began questioning Nintendo’s strategy of focusing on consoles at all costs. Nintendo for years resisted introducing mobile games with its best-known characters in an effort to protect its console business, even as the strategy produced a string of operating losses.

It finally yielded to investor calls to release games for mobile devices last year when it announced a tie-up with mobile specialist DeNA Co. Nintendo and DeNA jointly developed Super Mario Run, with Nintendo in charge of content and DeNA responsible for back-end operations such as servers. Shares in DeNA also jumped 12 percent on Thursday. Nintendo says it plans to launch two more mobile games in the year to March – Animal Crossing and Fire Emblem.