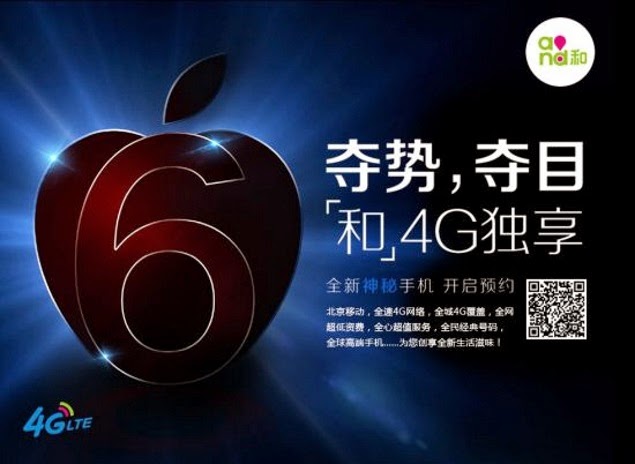 China Mobile seems to have decided its done waiting for the iPhone 6. While Apple is expected to unveil its next-generation smartphone on September 9, the world’s largest telecom operator has reportedly started taking reservations for two iPhone 6 variants expected to the launch event.

Sina Tech first spotted the pre-order page that lists the iPhone 6 at China Mobile’s site. However, iPhone In Canada in a report rightly points that the China Mobile site does not mention the term “iPhone 6” but does show the Apple logo in the background with “6” stamped on it. Further digging on the China Mobile pre-order page shows two phones – a 4.7-inch and a 5.5-inch model, widely rumoured to be the two sizes that Apple’s next smartphone will ship in.

The report notes that China Mobile’s pre-order page had received 8,000 registrations (at the time of writing) and it has been rising.

Last year, Apple and China Mobile had announced a deal to bring the iPhone to the world’s biggest wireless operator, and make the handset widely available to customers.

Earlier on Wednesday, Apple’s long-rumoured 4.7-inch iPhone 6 model was leaked in a couple of fresh images purportedly showing the iPhone 6’s 4.7-inch model with its screen turned on and displaying the iOS 8 lock screen.

The next iPhone has for a while been rumoured to arrive in two display size variants – 4.7-inch and 5.5-inch – that both feature an iPod touch-inspired design; the Touch ID fingerprint sensor; the new Apple A8 SoC, and the long-awaited NFC connectivity. The new iPhone is also said to cost less than the previous generation, as well as feature higher resolution displays and bigger storage variants (up to 128GB). Of course, the iPhone 6 should ship with iOS 8.