Apple iPhone 6 launches tonight: Here’s what you can expect from Apple 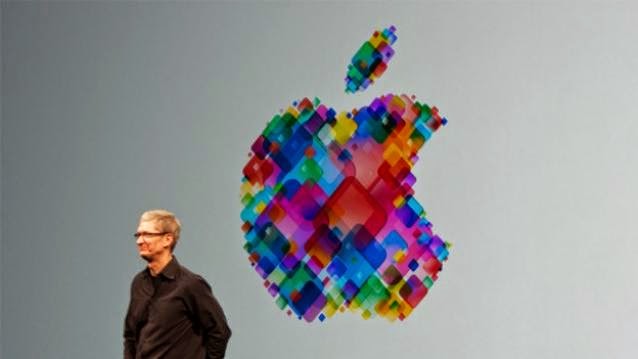 Apple is all set to launch the iPhone 6 tonight at 10.30 pm India time. While we know for sure that the two big screen iPhones are definitely coming and so is the iWatch, with Apple you’re never sure if they are going to spring a surprise add-on as well.

So what else can we expect from Apple other than the iPhones and the iWatch? Here’s a quick look at some sure-shot ones and others that could be a part.

iOS 8: Sure, we saw iOS 8 at Apple’s WWDC conference in June but tonight we’ll get to see the final version of the product. As far as visual design is concerned, don’t expect it to be too different from iOS 7. We are also likely to get a better demo of how developers have used Extensions, which will give apps access to apps likes Photos, help developers create widgets, etc. iOS 8 also comes with a new predictive keyboard called QuickType, and third party developers can also access the keyboard now. Overall it should be interesting to see how iOS 8 has changed since the first version.

Also get ready to see the new Health app, which will track and compile health statistics. It’s also expected to be key for the iWatch. The new HealthKit app is said to be capable of pulling in data from other third-party apps and this can be accessed by healthcare professionals as well of course depending on how much access users give to this app. The other new app that everyone will be waiting to see in iOS 8 is the HomeKit app. It remains to be seen whether this will rollout globally or will Apple restrict this app to the US.

Then, of course there’s the question of whether the iPhone 4S (undoubtedly Apple’s best selling device) will continue to be on the market and if it will get the iOS 8 update or will the update be restricted to the iPhone 5s, iPhone 5c and iPhone 5 users.

OS X Yosemite: After iOS 8, this is the second most important update for Apple fans and addicts. This too will be available for download post the event on a date set by Apple, and it’s likely to bring the servers down as well as everyone tries to upgrade at the same time. Just like Mavericks, this update will be free, although it remains to be seen which Macs, iMacs will be supported.

The biggest change in OS X Yosemite is the Continuity which will allow syncing between OS X and iOS 8. This was something that all Apple fans had been waiting. For starters, AirDrop, will now function across iOS and OS X devices. Also users can receive calls, text messages on your iMac or Mac or even iPad itself, no matter how far the iPhone is.

There’s also Instant Hotspot, where the iPhone’s cellular connection will automatically link as a Wi-Fi hotspot without typing to the Mac without having to type in a long password.

As far as the Beats Music streaming service goes, there’s a good chance that the app will now come pre-loaded on the new iPhones. According to 9to5Mac , Apple has already started showing the app in the Apps by Apple section of the App Store. With Apple giving prominence to the app, this is likely to increase in iOS 8 as well.

Beats Music has a monthly subscription and its unlikely that the service will come to India even if it does form a part of iOS 8. However, whether Apple will close its iTunes Radio service remains unclear.

iPods: We saw the last iPod launch in 2012 with the launch of the iPhone 5. The iPod 5th generation supports iOS 7 and it’s not clear whether the iOS 8 roll-out will extend to the older iPods well. Remember the iPod 4th generation is still stuck on iOS 6. As far as iPod sales are concerned, they have decline drastically, with Apple selling some 2.9 million devices in Q3 of 2014, down from the 4.5 million sold in Q3 of 2013. It’s almost a 36 percent decline as far as sales are concerned in the iPod category.

But let’s not forget that in June this year, Apple quietly updated the iPod 5th generation with a 5 megapixel camera and relaunched it at a starting price of Rs 16,900 in India and reduced the prices on the older version as well. Where iPod Nano and Classic are concerned, we’re unlikely to see new versions. Usually where the iPod touch update is concerned, the new version gets launched at the iPhone event. The only thing that could change is a faster chip, a bigger camera and a slimmer design.

Apple TV:  Apple CEO Tim Cook had promised in February this year that Apple TV was no longer a hobby for the company. He was quoted by Reuters as saying, “It’s a little more difficult to call it (Apple TV) a hobby these days.”

Whether we will see more of this remains to be seen, but let’s remember there haven’t been any leaks on Apple TV. Apple has ensured complete control on the news around this and thus there’s very little anticipation around the Apple TV. We could see more of the Apple TV news once, perhaps during the iPad launch in October.

Overall other than the iPhone and iWatch, iOS 8 and OS X Yosemite will be the key annoucements from Apple. The fate of the iPods will probably be sealed if we don’t see them at this event.