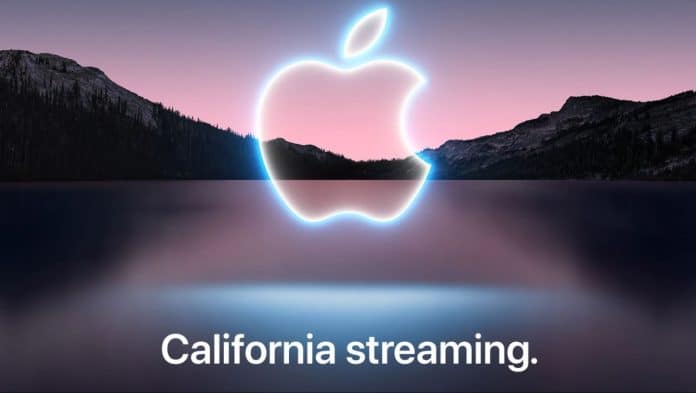 iPhone 13 Launch Event: Apple is sending out invites for the iPhone 13 announcement on September 14th.

iPhone 13 Launch Event: The much-anticipated Apple invites for the unveiling of the all-new iPhone 13 series are nowhere. Apple has sent out media invites for the upcoming autumn event, which is expected to feature new iPhones, Apple Watch Series 7, AirPods 3, and other items.

The new iPhones are expected to be unveiled during Apple’s major autumn presentation on September 14. The iPhone 13, iPhone 13 Mini, iPhone 13 Pro, and iPhone 13 Pro Max, similar to the iPhone 12 series, are expected to be released. Apple has officially sent out invitations to the upcoming special launch event on September 14, which will almost certainly showcase the new iPhones as well as a slew of other goods. The word “California streaming” appears on the invitation as a teaser for the announcement.

Apple stated that, like other 2021 events, the September launch event would take place remotely, and that everyone will be able to watch it live at apple.com. The iPhone launch ceremony will be held in Apple Park, as it was last year.

Apple, like it does every year, gives out small hints in its invites, and if you look hard, you can uncover clues. This time, Apple claims, it will be broadcasting from California.

The colors used in Apple’s invites for forthcoming releases also have a lot of meaning. Last year’s Apple Watch invite, for example, was entirely blue, which turned out to be the highlight color of the Apple Watch Series 6. Similarly, last year’s iPhone invites hinted at a blue tint, and Blue was the most popular color for the iPhone 12 series.

The iPhone 13 series is expected to be more expensive than the iPhone 12 series. According to reports, Apple may adopt this method to compensate for chip production expenses.

Aside from the new iPhone 13 series, Apple is also expected to release the new Apple Watch Series 7 with a redesigned design, and there are plenty of things we discussed in this post that you may refer to. Another device that Apple may unveil at the event is the AirPods 3.

Let us know in the comments what else you expect Apple to reveal at its September 14 event.