iFixit Teardown: iPad Pro gets a score of 3/10 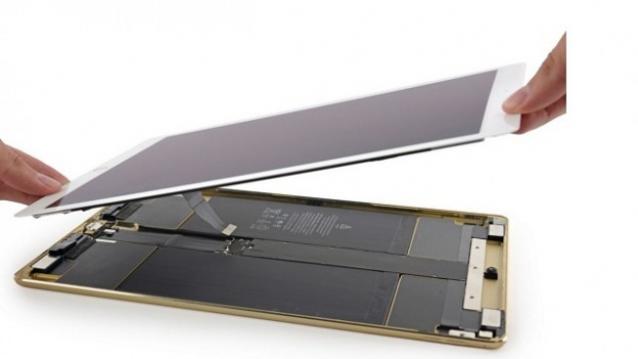 The team at iFixit has now conducted an intense inspection of the new Apple’s new 12.9-inch iPad Pro. The device went on sale starting 11 November.

Talking about the display, the iFixit team stated, “This 12.9-inch display has a prolific number of pixels per inch—264 of them to be exact—just a hair shy of the 267 ppi screen on the Surface Pro 4.” Continuing the process and removing the display, they say, “This isn’t quite what we’re used to! With the logic board situated in the center of the iPad, the display cables connect in the very middle of the device, so we can’t even lay the display down while we work.”


While talking about the hardware of the device, it has been spotted that the new A9X chip paired with a 78 percent larger display allows the Pro to pack in almost twice the performance of the iPad Air 2, at less than twice the price. The team says, “Hopefully, Apple’s engineers have also designed the Pro to be twice as repairable as the difficult-to-repair iPad Air 2.”

It was also discovered that the speakers are roughly taking up almost half the space as the battery does. The battery is also fitted into the device using adhesive tabs instead of being soldered to the board.

iFixit gave it a repairability score of 3 out of 10 and pointed out that the Smart Connector port is virtually impossible to replace and also, that the fused front panel increases the cost of screen repair along with the risk of damaging the LCD when opening.