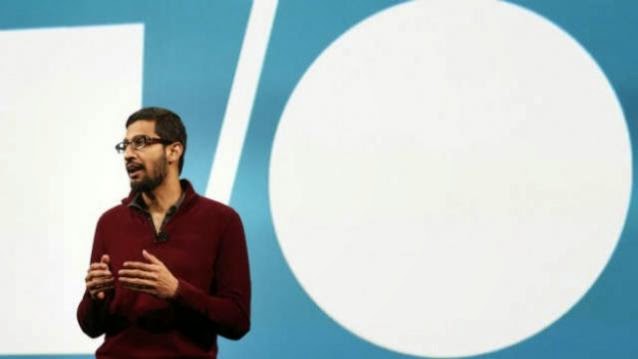 A major shake-up has taken place at Google. According to an exclusive report from Re/Code, CEO and co-founder Larry Page has taken a step back and put Android and Chrome VP Sundar Pichai in-charge of all but one product at the company.

The only unit has that been left out of Pichai’s control is YouTube which is still headed by CEO Susan Wojcicki (she’s the sister of Anne Wojcicki, the ex-wife of co-founder Sergey Brin and the one who let Page and Brin start Google in her garage). Wojcicki is still reporting to Page.

According to the report, which quotes an internal memo Pichai will look over products such as Google Search, Maps, Google+, commerce, advertising and infrastructure and six executives who previously reported to Page, will now report to him. Google has confirmed the change.

Meanwhile, Page is now going to focus on “the bigger picture,” adds the report. Remember Brin too had washed his hands off daily management and is now handling Google X, the company’s secret facility which looks at next level technology advancements like Google Glass, Google Smart Lenses, etc.
So what did Pichai do differently that made him stand out? Well for starters he’s been the toast of the media since the 2014 Google I/O conference which was pretty much a Pichai run-show. Post the conference, both The Information  (paywall) and Bloomberg’s BusinessWeek  had put out extensive profiles of the man highlighting that Pichai is pretty much the next Google CEO. Now with the elevation, this seems to be all but confirmed.

As The Information‘s piece titled, “At Google, Larry Page Finds His Right-Hand Man,” had pointed out that Pichai had become a “trusted lieutenant” for Larry Page and that the Chrome VP had accompanied Page when Google was trying to buy WhatsApp. Pichai also helped broker the Google buyout of Nest. The report added that Page had praised Pichai saying that the latter “has deep technical expertise, a great product eye, and tremendous entrepreneurial flair. This is a rare combination, which is what makes him a great leader.”

The report also noted out how Pichai is a strong team player who gets the job done. One employee told the website, “He got s**t done without alienating the entire company.” It also points out how he’s stood by for his team. The report says that when Pichai reported to Marissa Mayer, he would wait for hours outside her office to make sure that she gave his team good work-performance scores.

The BusinessWeek profile by Brad Stone noted Pichai ability to be a role tough and frank negotiator and said that it was he who helped Google and Samsung patch up when the South-Korea company had launched its own Magazine UX with the Galaxy Note 3 and thus taken the focus off Google Play products.

Also last year on Quora, a former Google product managar Chris Beckmann had pointed out three ways in which Pichai stood out at the company, which included building great products that were important to Google’s growth from being just a search engine to successfully manoeuvring Google’s politics.

Beckmann had written on the social media site, “Foremost: he led successful efforts for difficult projects that were core to Google’s continued financial success, namely Toolbar and Chrome. Toolbar wasn’t an obviously sexy product but it helped defend the presence of Google search on users’ computers during a critical period following the revelation of Google’s incredible profitability. Chrome extended that mission to improve the user experience of the entire web: keep users on the web and you’ll keep them searching on Google.”

At Google, Pichai was initially a product manager at Google, who handled the ‘Google’ search bar in the upper right corner of Web browsers. This was before the days of Google Chrome, and when IE was dominant. Google Chrome was launched by his team in 2008.

Beckmann also points to Pichai’s competency as a boss noting that he “mentored, and retained a great team and that Sundar’s team of product managers had a reputation as being among the best of the best.”
More importantly, Pichai also “avoided making enemies,” adds Beckmann. If you want to read in detail about Google’s internal politics, read this report on Business Insider. It should be noted that Beckmann never reported to Pichai but had close friends who did.

Pichai was born in Chennai and educated at IIT-Khargpur and later studied at Standford and Wharton. In 2011, when Larry Page returned as CEO, Pichai was promoted to Senior VP and also took charge of Gmail and Google Docs. In 2013, he replaced Andy Rubin as the head of Android and Chrome. And let’s not forget that other companies like Twitter had tried to poach him in the past. Interestingly, his name also appears on the list of possible contenders for Microsoft CEO.

The latest move puts Pichai, 42, in charge of many of Google’s main services which generate the bulk of the company’s revenue. If you look at how the reports have been centred around him this year, it doesn’t appear to be a surprising change.