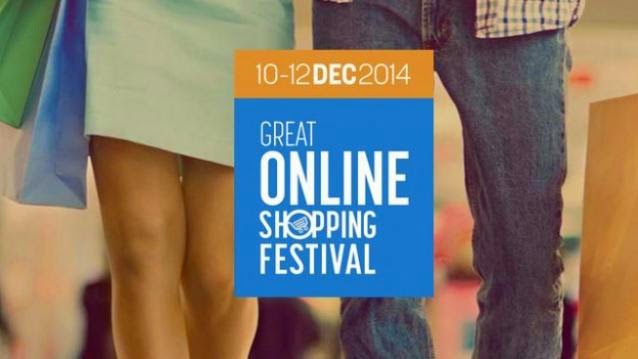 The Great Online Shopping Festival (GOSF) came to an end on December 12, after a three-day long shopping frenzy. Over 450 ecommerce websites participated in the festival, to sell products ranging from food,
fashion, electronics, home decor and even real estate. The three-day event has been a huge success, with Google reporting over 1.4 crore visits to its site throughout GOSF.

Who were the top players, who gained the most and what was the overall outcome of Google’s initiative? Here’s a closer look at the stats, according to a report by popular deals-aggregator website Desi Dime.

According to Desi Dime; Amazon India and Snapdeal were the top e-commerce websites during the three-day GOSF sale. Both websites saw an increase in their overall transactions by 600 percent. Among fashion retailers, Jabong and Myntra performed exceedingly well, while ShopClues was an unexpected performer during GOSF.

According to Desi Dime, products under the fashion category garnered the highest interest and conversions, followed by mobile phones, other electronics, travel and food. 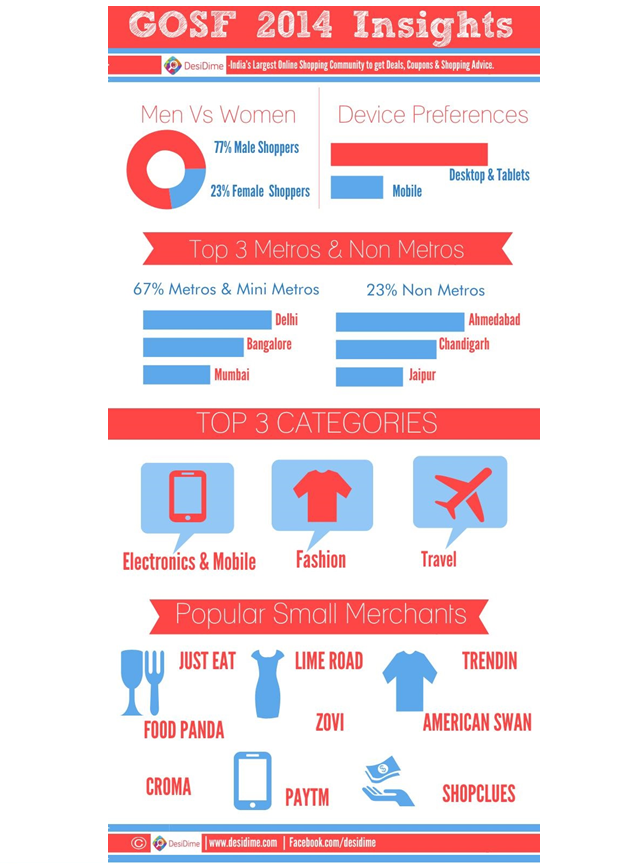 E-commerce websites reportedly witnessed the highest amount of traffic between 10am to 12pm and 3pm to 5pm. Most of the buyers among all the top cities were from Delhi, followed by traffic from Bengaluru, Mumbai, Hyderabad and Chennai.

Desi Dime saw a rise in traffic by 300 percent, while cashback and coupons site, CashKaro saw traffic growing by 450 percent and 350 percent increase in revenues during GOSF. While e-commerce websites have a lot to gain from GOSF with added sales and new visitors, Google arguably earns lot more. According to the report by Desi Dime, GOSF 2014 has clocked more than 7 million unique visitors as compared to 2 million visitors in 2013.

Last year, Google India’s revenues had skyrocketted by 48 percent over last year following the GOSF. As the festival attracts hordes of new online shoppers, Google stands to benefit with the multitude of advertisements and marketing campaigns launched by e-commerce portals.